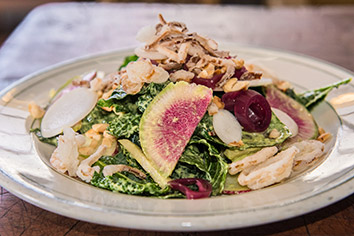 Just a few short years ago, I was challenged to find new restaurants to review in this column. This year, it was tough to keep up.

One intersection of Massachusetts Avenue saw the near-simultaneous openings of Union 50, Pizzology and Nine Irish Brothers, while Liberty Street popped up in the former Yats just down the street. South of downtown saw the opening of first-timer Tow Yard Brewing. CityWay brightened thanks in part to Yolk. You have to look up to find the second-floor Labor District Café on Pennsylvania Street and indoors to see the changes at City Market, including the birth of Three Carrots.

The road (from downtown) to Fountain Square continues to be paved with destination dining, as exemplified by Milktooth. The Central Canal downtown gained Burgerhaus, while other burger houses, including The Pint Room and The District Tap, popped up elsewhere. And Broad Ripple gained an expansive anchor with HopCat.

Former Indianapolis Colt Gary Brackett joined the business with Georgia Reese’s Southern Table and Bar. The Patachou empire expanded with the charitable Public Greens. Washington Street’s El Sol was reborn as Javier’s Hacienda. Salty Cowboy mosied into Zionsville. And who would have thought the new downtown Marsh would become a popular lunch spot? Or that anyone would think about dining at Eskenazi Health—home to Café Soleil indoors and Duos outside? 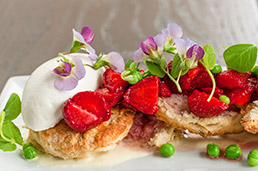