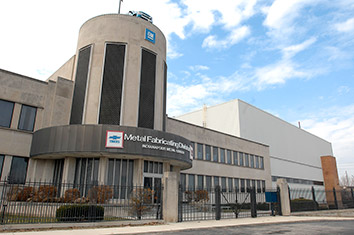 Redevelopment of the former General Motors Stamping Plant site west of downtown began taking shape in 2014, culminating in December with the city’s selection of a Paris company to build a criminal justice center on the property.

The city in March designated the property as its preferred site for the center, and the following month asked development teams to submit proposals.

Three teams were asked to design plans that include 34 criminal court/hearing rooms and offices for the Marion County Sheriff’s Office and the Probation Department.

On Dec. 12, the city chose WMB Heartland Justice Partners as the winning bidder.

RACER announced in August that it had reached an agreement with local developer REI Investments Inc. to purchase the entire 102-acre property for an undisclosed price.

Other local developers vying to redevelop the land were Ambrose Property Group, Buckingham Cos. and Keystone Group.

Ambrose and Buckingham primarily suggested mixed-use developments with office, residential and retail components, while the Keystone proposal contained plans for a soccer stadium where the fledgling Indy Eleven could play.

REI has a long track record of developing projects downtown. It developed the JW Marriott-anchored hotel campus on the west side of the Mile Square with Merrillville-based White Lodging, a project that helped the city land the 2012 Super Bowl.