Non-anchor retail occupancy for the downtown Indianapolis mall increased to 89.6 percent from 88.3 percent in 2012, mall manager Simon Property Group Inc. said in an annual operating report to the city.

Meanwhile, sales per square foot slid from $354 in 2012 to $326 last year. Simon attributed the decrease to an inability to match the vast amount of foot traffic from the thousands of visitors who converged on downtown for the 2012 Super Bowl.

Circle Centre reported earnings of $7.8 million on revenue of $21.1 million in 2013, an earnings decrease of $471,719 that Simon blamed on “an increase in property operating expenses and real estate taxes.”

Simon owns Circle Centre’s parking garages and the land under the mall. While the city paid more than half the cost of building the mall, most of the mall itself is owned by a partnership of 20 mostly local companies, including Simon, which collects fees for management and leasing. 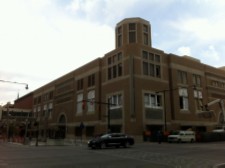 The mall opened in 1995 and is undergoing a significant renovation in part of the space formerly occupied by Nordstrom, one of two mall anchors along with Carson Pirie Scott. Nordstrom vacated its 210,000-square-foot space in July 2011, after the chain added a second Indianapolis location in 2008, at The Fashion Mall at Keystone.

Construction crews at the south end of the mall at Meridian and Georgia streets are readying part of the former Nordstrom space for the Indianapolis Star.

Simon has leased about 100,000 square feet to the newspaper, which plans to move from its longtime headquarters at 307 N. Pennsylvania St. to the mall in July.

Bobby’s Burger Palace, a restaurant chain developed by celebrity chef Bobby Flay, along with beer-focused Yard House and Bonefish Grill, have talked with Simon about taking the first floor of the former Nordstrom space, IBJ reported in January. Yard House is close to finalizing a lease deal, brokers said.

“We are continuing to be diligent in our leasing efforts to fill the remaining [Nordstrom] space with unique-to-the-area restaurants and small-shop retail,” Simon wrote in its Circle Centre report.