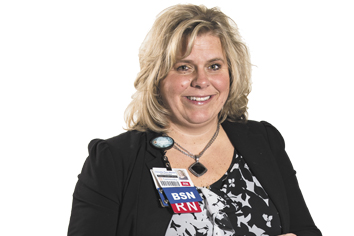 Women and children first: At Community Health Network, Donetta Gee-Weiler is responsible for planning, organizing and directing all strategic and business-related functions and activities for women and children. Promoted to the position in December 2013, she had served as administrator for multiple practices. Before that, she was office clinical manager, and labor and delivery nurse/charge nurse. The advantage of such experience? “You understand the day-to-day workflow and you have the respect of the staff on the floor,” she said. “You’ve done the job they are doing and they have a little more trust.”

Prescriptive change: Gee-Weiler intended to go to school to become a physician. But her focus changed after her mother, a phlebotomist (someone trained to draw blood from patients), was stuck with a needle and contracted HIV. “I struggled with how she was treated bedside,” she said. Seeing where she could affect the most patients, Gee-Weiler switched her major and moved into nursing at the end of her freshman year, when her mother passed away.

Administrative shift: “I realized, at bedside, I could touch each of the lives I visited that day,” she said. “But if I move up that channel, I have a bigger wingspan. I could get into a position where I can touch as many patients as possible.”

Beyond L&D: Gee-Weiler wants to focus on women “from birth until 90 and beyond. We want to take care of you as a whole person.” She also sees herself as an educator, particularly with the changes insurance is undergoing. “It’s difficult for patients. There has to be a passion at the network to help patients to understand that, without a true understanding of how health care works, you still may not use it appropriately.”

Hospital versus hospital: Gee-Weiler doesn’t believe hospitals need to focus as much on competition. “What I’m trying to focus on is taking care of the needs of the community. We’re trying to get kids care without having to go downtown to a high-level facility.” As such, she works closely with other hospitals. “If we open up the doors of communication, hopefully the patients win.”•