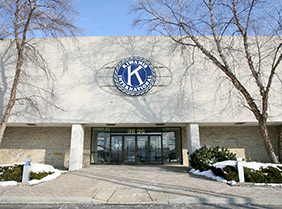 More than 100 members have reached out to the Indianapolis-based not-for-profit in recent days with a variety of concerns and complaints related to the controversial act signed last week by Gov. Mike Pence, Executive Director Stan Soderstrom told IBJ on Wednesday morning.

Some wonder whether they will feel welcome in Indianapolis. Some have said they aren’t coming to the convention and want their registration fees refunded. Some have suggested that the international organization move its headquarters from Indianapolis.

“This is almost a perfect storm for us,” Soderstrom said. “All of this hit at the maximum registration period for the meeting.”

But based on the number of registrations received so far for this year’s convention, Kiwanis projects attendance will be closer to 7,000, Soderstrom said.

“The challenge is that today is the early-bird deadline for registration, where we would expect to see about 80 percent of our attendees,” Soderstrom said. “Quite frankly, they are just not coming in” as the group has experienced year over year in the past.

The group isn’t attributing the slackening of registrations entirely to concern about RFRA, said Amy Wiser, chief communications officer for Kiwanis. However, over the past two weeks, registrations haven’t spiked prior to the early-bird deadline in the way they have in the past.

The group has 600,000 members internationally. Officials with local tourism group Visit Indy did not immediately respond to questions about the economic impact of the annual convention. When the event was announced in 2011, tourism officials estimated its local economic impact at $10.2 million, based on 10,000 attendees.

The religious freedom law has been widely portrayed as an opening for businesses to discriminate against the gay, lesbian and transgendered community, although there is considerable debate about whether that could happen in practice. Pence has insisted that it is not intended to allow discrimination, and has directed state legislators to clarify its intent.

Inclusiveness is an official principle of Kiwanis membership. In 2008, Kiwanis members adopted a resolution “to create a culture and club environment that develops and nurtures mutual respect for all and celebrates the inclusiveness of our beloved Kiwanis.”

On Tuesday, the group posted a message on its Facebook page headlined “Kiwanis celebrates inclusiveness.” The first of 20 comments posted in response read: “Then move the convention out of Indiana. That state does not share these values.”

Another post on the page read: “I join with other Kiwanians on this site to boycott the international convention. Indiana must know that they can't try to legalize bigotry with impunity without consequences for their action.”

Another called for moving the Kiwanis headquarters out of Indiana: “If the elected officials of Indiana don't repeal their Bill of Hate, Kiwanis International should relocate their headquarters outside the State of Hate.”

The group has received messages from about two dozen members asking the group to move its headquarters, Soderstrom said. However, that scenario is unlikely. For one, the group owns its headquarters building at 3636 Woodview Trace, southeast of the intersection of Interstate 465 and North Michigan Road.

Soderstrom is hoping that efforts to clarify RFRA, or even to establish statewide civil-rights protections for gays and lesbians, will ease the outcry. “That would give me a platform to stand up and say to our members, ‘Please reconsider.’”

Kiwanis officials had hoped to establish a multiyear program at the convention that would bring the event back to Indianapolis every several years. The negative response to RFRA “puts that in jeopardy,” Soderstrom said.

“I can’t do this meeting any better than I can do it here,” he said.