Home » If only HHGregg could rewrite its stock-buyback history 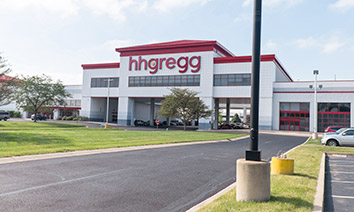 Investors generally cheer when companies announce they’re buying back shares, buoyed by the reality that reducing the number of shares outstanding gives those who hold onto the stock a larger slice of the ownership pie.

Yet the board of HHGregg Inc., the struggling appliance and consumer electronics retailer, must be suffering from a bout of buyer’s remorse these days after plowing more than $150 million into share repurchases over the past four fiscal years.

The shares might have looked like a bargain at the time HHGregg scooped them up. But they don’t now. The per-share price of the 13.5 million shares the company acquired averaged $11.13—more than triple the price at which the stock now trades.

The company recently announced it was halting its buyback program as part of a new belt-tightening strategy aimed at returning to profitability after suffering a whopping $133 million loss in the fiscal year that ended in March. The plan includes cutting costs by $50 million, in part by shifting advertising from print to what executives believe will be more cost-effective digital buys.

Conserving cash wasn’t always a front-burner issue at HHGregg. After all, the company for years saw sales surge, driven by robust demand for appliances and consumers’ love affair with large-screen, high-definition televisions.

But by virtually every metric, the last few years have been dismal, starting with the bottom falling out of the consumer electronics business. Mass merchants and Internet retailers crowded into the segment, driving down prices at a time demand was falling. According to Evercore ISI, the average retail selling price for LCD TVs has tumbled from about $1,300 in 2006 to $450 now.

Consumer electronics accounted for just 37 percent of sales in the latest quarter. Back when the company went public in 2007, it was nearly half.

While HHGregg has had some success bulking up its appliance business to compensate, its forays into new product lines—including furniture and exercise—so far have yielded disappointing results. The latest quarter was bleak on every front, with same-store sales overall tumbling 10 percent.

Fortunately, the company has no debt. Even so, its financial breathing room is shrinking, with cash on hand falling every year since 2011, when it stood at $73 million. Cash in the latest quarter declined to $30 million.

UBS analyst Michael Lasser said in a report that he thinks HHGregg is treading into dangerous territory, since the expense reductions could further reduce sales, which could spur an exodus of the top-performing members of the company’s commissioned sales force.

HHGregg “is in a tough spot,” Lasser said in his report. “It is attempting to preserve its financial situation by trimming its cost structure. Yet, as it does this, it risks losing customer traffic, which is so key to the retail model.”

The challenges already have stung longtime investors. Someone who plowed $100 into HHGregg shares in March 2009 watched that investment shrink to $43 by this March. In contrast, $100 invested in an S&P 500 index fund would have grown to $249, and the same amount invested in the S&P Retail Composite Index would have swelled to $441.

Lasser said that if the company succeeds in meeting its cost-cutting goals while getting more bang from its advertising buck, HHGregg shares might rise to $6, up from about $3.42 now.

But Lasser, who has a sell recommendation on the stock, says a bleaker scenario would be that the new advertising strategy doesn’t boost customer traffic meaningfully, commissioned salespeople quit and “the cost cutting causes further degradation of the business.”

“If these events occurred, the company likely could not sustain remaining in business and would likely have to file for Chapter 11. Under this scenario, we see downside to $0 per share.”•