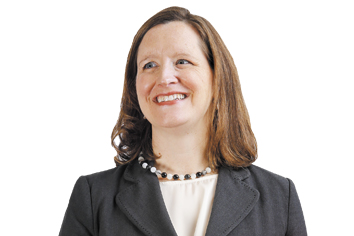 A written statement from Indianapolis-based OneAmerica said the appointment would begin next month.

In the new position, Huntington will serve as the top adviser on enterprise strategy to OneAmerica's executive leadership team. She also will lead major strategic initiatives, marketing, internal audit and community affairs.

“I am excited Kelly will join our team,” OneAmerica President and CEO Scott Davison said in the statement. “Kelly is an individual of exceptional character and values and is recognized as one of the brightest business minds in Indianapolis. She brings proven leadership skills and a deep understanding of strategy, planning and execution."

IPL gave credit to Huntington for advancing the utility's "future plans, including a diversification of the utility’s generation portfolio and significant capital investment projects, including the construction of a new combined-cycle gas turbine power station near Martinsville."

“I am proud of what we have accomplished at IPL and I am grateful to have worked with such a talented and dedicated team,” Huntington said in a written statement.  “I wish the people of IPL well as they continue to successfully lead IPL and its customers toward the future.”

IPL said it will immediately begin a search for a new CEO. Michael S. Mizell, market business leader for AES’s Midwest businesses, will oversee daily operations of IPL in the interim.

In 2014, IBJ selected Huntington as a Forty Under 40 recipient and a Women of Influence.

OneAmerica has been on a long growth spurt and is pursuing acquisitions. In the past decade, it has tripled annual sales to more than $2.5 billion and tripled assets to $47 billion. Last year, it added 102 employees to its Indianapolis staff, raising local employment to 1,370.

“OneAmerica is growing quickly," Davison said. "The addition of Kelly will better equip us to continue to grow and to build the capacity required to serve customers and producers as a larger and more complex organization.”