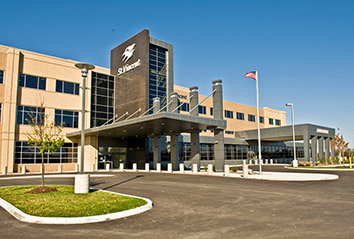 For decades, hospitals have tried to cut out the health insurance middleman by contracting directly with employers—with only limited success.

But St. Vincent Health now has a plan it thinks will win over employers.

The hospital system and a partner company have started meeting with health insurance brokers to pitch a program to save employers money by keeping workers and their families healthier.

MissionPoint has hired 40 people in Indiana this year to serve St. Vincent’s own 17,000 employees and 72,000 Medicare patients that St. Vincent treats.

Now, MissionPoint is pitching the program to employers that fund their own health benefits with this message: If you direct your employees to get care at St. Vincent, it will slow the growth in what your company spends on health benefits. If that happens, your company will share some of the savings—in the form of a bonus payment—with St. Vincent.

Such contracts represent a big change from traditional ones, which gave doctors and hospitals incentives to perform as many procedures as possible to as many patients as they could attract, driving up spending year after year.

“We’re focused on keeping their employees healthy, and that is helpful financially to the company as well,” said Dr. Richard Fogel, St. Vincent’s chief clinical officer. “Now the financial models have caught up to supporting those types of arrangements.”

The move comes about a year after the end of a similar effort in which St. Vincent partnered with Community Health Network to form an “accountable care consortium” aimed at employers and health insurers. The consortium also included nearly all of the central Indiana county-owned hospitals that are part of the Suburban Health Organization.

That consortium signed up nine employers in its first year, but then the partner hospitals decided they would be better off working separately. They dissolved the consortium in early 2014.

But while the consortium died, the concept of hospital systems being rewarded for the financial savings they achieve by keeping patients healthier is gaining traction quickly.

For example, both St. Vincent and Community have signed “shared savings” contracts with the state’s largest health insurer, Anthem Blue Cross and Blue Shield. And Franciscan Alliance, which operates three hospitals in the Indianapolis area, formed an accountable care organization with Anthem covering more than 60,000 Hoosiers.

Around the state, 454,000 Anthem customers are now covered by these kinds of contracts.

“This is not a fad, if you will,” said Amy Cheslock, Anthem’s vice president of payment innovation, in a May interview. “I firmly believe that value-based payment models are absolutely going to be the new norm, if not already.”

St. Vincent and MissionPoint hope to partner with a health insurance plan to offer the program to smaller employers and to individuals on the Obamacare exchange, likely for coverage that starts in 2017, said Dr. Jordan Asher, the chief medical officer for MissionPoint.

In Tennessee, for example, MissionPoint has an exclusive partnership with the Blue Cross and Blue Shield plan there.

St. Vincent is no stranger to the world of insurance. In 2000, it joined with Franciscan and other Catholic hospital systems to found Indianapolis-based Advantage Health Solutions, which offers HMO-style health plans to employers.

But with only about 50,000 members in its health plans, Advantage never has grown to be a significant source of patients or revenue for St. Vincent.

Elizabeth Walker, who is director of strategy at Quorum Health Resources, a Tennessee-based consulting firm focused on hospitals, said all hospitals need to start or partner with health plans to serve employers directly. But she said that, to be viable, St. Vincent’s effort will need to reach a much larger scale—involving at least 100,000 patients—than its past efforts.

“This is just dabbling,” she said of St. Vincent’s MissionPoint effort so far.

MissionPoint hopes to save money by focusing on the roughly 5 percent of patients with the greatest needs. These are patients already undergoing significant treatment in the hospital or the emergency room. Or they could be patients whose health records show a high risk for a major medical procedure.

On top of that, MissionPoint has a team—social workers, mental health counselors, human services professionals and even handymen—to help patients at high risk of hospitalization. These patients are often frail, elderly or poor or suffer from mental health problems—or a combination of those factors.

“We really spend a lot of time working with those patients in need,” Asher said. “The majority of those issues are life issues. You can’t begin to work on your diabetes or heart disease if you’re worried about who’s going to pick you up and take you to the doctor or who’s going to feed your dog while you’re gone.”

To help with those efforts, St. Vincent is converting 20 percent of its physician practices—covering about 180 primary care physicians—to a team-based model by next year.

The idea is to have St. Vincent physician practices that don’t just prescribe medications, but instead help patients navigate the other parts of the health care system and solve challenges at home.

St. Vincent envisions six of these team-based “medical homes” in or near Indianapolis, Anderson, Frankfort, Bedford and North Vernon, Fogel said. There will also be one in Evansville.

It partnered with Virginia-based Evolent Health to help it identify high-risk patients as well as to develop ways its doctors, nurses, social workers and other staff could better coordinate their work with patients.

Local brokers say IU Health Plans has started to gain some traction, although it has kept delaying a big marketing push. It now aims for pitching employers next year.

IU Health Plans did sign up roughly 1,200 customers on the Obamacare exchanges this year, when it was available in just the Bloomington, Lafayette and Muncie areas. For 2016, it plans to expand to 45 additional counties.

Jim Parker, the CEO of IU Health Plans, said its approach is already achieving success. He noted that IU Health’s spending on health benefits actually declined in 2014 from 2013.

That’s a message that resonates with employers, he said.

“There is some degree of significant fatigue that the traditional approaches just aren’t creating fundamental improvements,” Parker said. “So as we describe our approach and the results that we’ve had, there’s definitely interest.” •