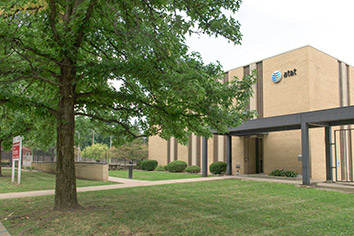 TWG Development LLC has agreed to pay $3 million to buy part of the AT&T property near the busy intersection of College Avenue and Kessler Boulevard to build a $39 million apartment project with an underground parking garage.

Supporters of The Links at Kessler, which would include 205 units and 3,000 square feet of commercial space, say it would bring much-needed density along the corridor that is part of a planned rapid-transit route running from Carmel to Greenwood.

But there’s a chance the project won’t get built, due to a hitch in the funding for the city’s 2-year-old Midtown tax-increment-financing district—a problem that also threatens two other apartment projects in the area costing tens of millions of dollars.

TWG is seeking $4.5 million in city assistance from the Midtown TIF—money the new TIF doesn’t have due to a recent administrative change in the way the state interprets residential assessed value within a TIF.

“You will not be able to get TIF financing from this TIF until this problem is fixed,” said Michael McKillip, executive director of not-for-profit Midtown Indianapolis Inc. “If we can’t fix this, we’re going to lose hundreds of millions of dollars in investment—not in the long term, but today.”

The change in state interpretation of residential values resulted in a $4.4 million loss in base assessed value for the district, crippling its ability to support new projects.

McKillip isn’t waiting for the Legislature to correct the change. He instead hopes to have a proposal introduced to the City-County Council in October that would address the problem by removing about 800 residential parcels from the Midtown TIF, so they no longer count as part of the its base assessed value.

He also plans to ask councilors to authorize the private issuance of $10.2 million in bonds to cover the amount TWG and two other developers are seeking in TIF funds for projects totaling $79 million within the Midtown TIF.

Besides TWG’s $39 million apartment project, Buckingham Cos. is considering a conversion of an office building into apartments at 1050 Riviera Drive near Westfield Boulevard along the Central Canal. A spokesman for the company declined to comment on the project. And BWI LLC is working with the Mapleton-Fall Creek Community Development Corp. on a 115-unit affordable housing project at 30th Street and Central Avenue.

The bonds authorized by the city would be backed by the developers themselves and serviced by the additional property taxes produced by their projects.

At-large Councilor John Barth, who lives in the Midtown TIF area, said he supports removal of the residences from the TIF, but is unsure about the bond issuance.

“We need to have a deeper discussion with the state before we take council action,” he said. “My preference is not to take any council action at all.”

The 2013 administrative change become apparent to municipalities only this February, when the state upgraded software.

Even though TIFs cannot capture tax revenue from increases in the assessed values of residential properties, the state change still hampers TIF districts with a lot of residences, McKillip said.

That’s because residences within TIF districts now are assessed individually rather than collectively, and on net value (after homestead and mortgage exemptions) rather than gross value.

Under the state interpretation, any loss of base assessed value due to declining residential assessed value must be restored, when possible, by additional property taxes generated by commercial parcels within the TIF. That means less money available to fund expensive new projects.

For a startup TIF like Midtown with a lot of residential properties, the change is devastating, McKillip said.

“I’m not going to say it’s going to die,” he said of the Midtown TIF, “but it will be fundamentally handicapped.”

Fixing the problem as soon as possible is important to the long-term viability of the Midtown TIF, said Adam Collins, the city’s deputy mayor of economic development.

The Midtown TIF, like every other one in the state except for the Consolidated Downtown TIF, is set to expire 25 years after launch.

“So you can’t be as patient when waiting on the growth,” he said.

The Midtown TIF so far has mostly produced increases in assessed value from the parking garage built on the southwest corner of Broad Ripple and College avenues and from a few apartment and condominium projects.

The district contains only $31,000 following the city’s issuance of $7.7 million in bonds for Browning Investments’ $30 million Canal Pointe project, under way near the canal. The TIF also is supposed to fund $2 million in improvements to Tarkington Park at the south end of the TIF.

Councilors structured the TIF so that a portion of the additional property taxes would benefit areas other than Broad Ripple.

TWG’s project is one of several brewing at the intersection of Kessler and College.

Local developer Loftus Robinson is under contract to pay $1.2 million, real estate sources said, for the parcel north of the AT&T site where an auto-repair shop sits. Across the street, PK Partners paid $600,000 to buy the building formerly occupied by the Broad Ripple Animal Wellness Center.

Both Loftus Robinson and PK Partners are evaluating their options, representatives of the firms said.

“We see it as a core intersection in Midtown,” said Wes Podell, PK Partners’ vice president of leasing and development. “It’s a really strong area.”

Within just a one-mile radius of the site, 40 percent of residents have a bachelor’s degree with an average household income of $96,321, according to the marketing brochure.

TWG filed on Aug. 21 to rezone the AT&T property. The sale includes the phone company’s parking lot and office building but excludes the larger, switching building to the north.

The neighborhood’s land use committee will take input from residents Sept. 1.

“I think the AT&T site has long been underutilized,” Colby said. “I remember the days when the parking lot was full, and it hasn’t been for a long time.”•