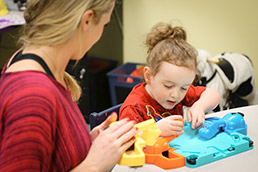 Little Star Center will open a second autism treatment center in Lafayette in January aimed at serving families who work at Purdue University. The Carmel-based provider of applied behavior analysis therapy said its existing Lafayette facility is at capacity and it expects more demand next year.

“With Purdue University extending ABA therapy coverage to its staff in 2016, our board and leadership team know more families will seek out services for children impacted by autism,” said Mary Rosswurm, Little Star Center’s executive director, in a prepared statement. “We are ready to fill that need with a conveniently located facility for university parents.”

Little Star has three other locations, including one it opened last year in Bloomington. Its original location opened in Carmel in 2002 and expanded earlier this year by folding in the former Verbal Behavioral Analysis Center, which closed its north-side facility.

Autism treatment centers have been under pressure financially since the Anthem Blue Cross and Blue Shield insurance company changed its policy to pay for fewer hours of therapy for most school-age children with autism.