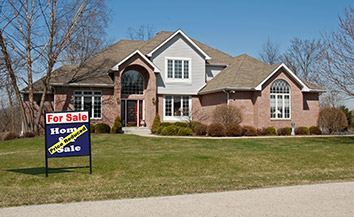 Sales of existing homes in the Indianapolis area rebounded by 8 percent in 2015 and experienced their most robust performance since before the Great Recession, real estate agency F.C. Tucker Co. said Wednesday morning.

The 2014 figure represented a dip from 29,302 in 2013. And the latter was the best performance for central Indiana existing home sales at least since 2005, according to Tucker records dating back to 2005, when the number of pended sales was 31,298. Further historical data wasn’t immediately available.

In terms of total homes sold, the next big gainer was Hamilton, where an additional 382 homes pushed the 2015 total to 6,867. In terms of biggest percentage increase, Shelby won out with a 12.9 percent jump from 465 pended homes to 525.

December’s pended home sales were just part of the larger favorable trend, with area sales agreements rising to 1,645 for the month, a smidge higher than the 1,636 from December 2014.

Jim Litten, president of F.C. Tucker Co., expected home sales in 2016 to mirror those in 2015, although rising interest rates and home prices could impact sales.

“We’re optimistic that home ownership is still appealing to the majority of millennials, as reported by the National Association of Realtors, which indicates 94 percent of current renters younger than 35 want to buy a home,” Litten said in a prepared release.