Given their digital nature, technology companies have the luxury to set up shop virtually anywhere. But in Indianapolis over the past several years, a lot of them are choosing downtown.

Since 2014 alone, 14 tech or tech-related companies opened offices within a quarter-mile radius of the Soldiers and Sailors Monument, according to an IBJ survey of local real estate data, including marketing-cloud firm Emarsys North America Inc., and mobile- and web-development firm RocketBuild LLC.

All told, 26 such companies inhabit that roughly 16-block cluster.

About 50 tech-related companies operate in the Central Business District, which is bordered by West Street to the west and by the I-65/I-70 corridor on the remaining sides.

These companies include tech-product firms, which produce software (like Geofeedia Inc.); tech-services agencies, which sell technology expertise (like Sondhi Solutions LLC); and tech-enabled firms, which don’t sell software, per se, but operate marketplaces that hinge on software (like Scubaba LLC).

Dorsey, the co-founder and former CEO of ExactTarget, was among the first tech executives to plant a flag downtown, opting for the character and personality of older buildings that had been mostly overlooked. In the early 2000s, the email-marketing company moved from Greenfield to an office near Angie’s List Inc., east of downtown, then to the 1870-built Morrison Opera Place, at Meridian and Maryland streets, in 2002.

By 2005, it was in the Guaranty Building, just south of Monument Circle.

“Outside of Angie’s List, there was no tech downtown,” Dorsey said. “Really, all of the tech companies were up in the suburbs in office parks and we were going against the tide by being a downtown-based tech company.”

“When ExactTarget was acquired by Salesforce in 2013, some key players branched off to start a variety of new tech ventures locally,” Winkler said. “The growth of those companies … added to the tech presence in downtown office buildings.” He noted that, after six years of hovering around 20 percent, the CBD office vacancy rate improved to 18.2 percent at the end of the first quarter.

The Speak Easy, a 300-member co-working space near Broad Ripple, is bullish on downtown, too, announcing in mid-May that it plans to open a location at Morrison Opera Place this summer.

The not-for-profit isn’t a tech company and is open to entrepreneurs of all stripes, but it’s helped a number of tech firms get off the ground since its founding in 2012. Executive Director Danielle McDowell said The Speak Easy picked downtown to be near the likes of Salesforce.

“These are people who are growing businesses,” she said about her members, “so we wanted to be able to give them inspiration so they could see that the sky’s the limit. We’re building the next biggest companies in Indiana, and that’s no small task. We want to make sure that we’re continually inspiring folks to dream big.”• 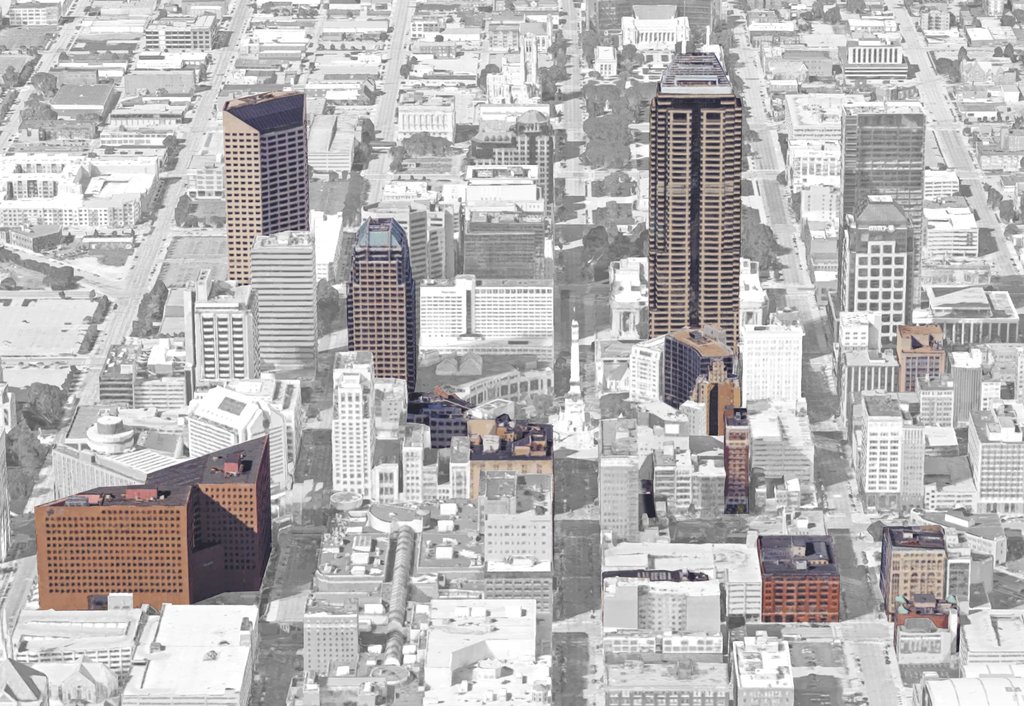