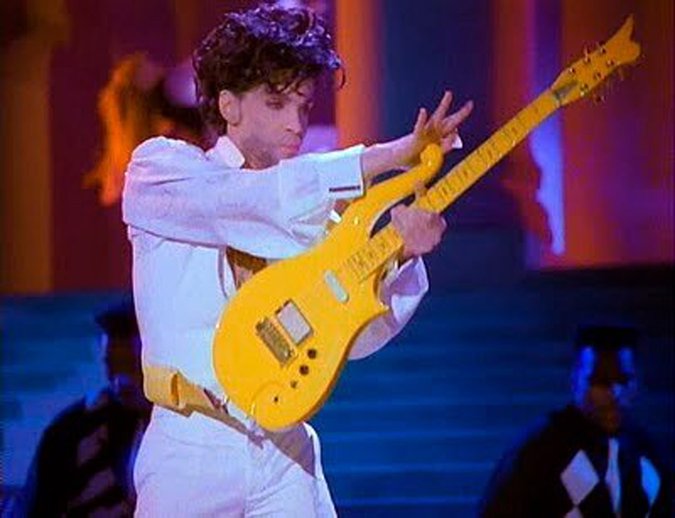 Indianapolis Colts owner Jim Irsay has purchased the Yellow Cloud electric guitar that Prince used in numerous concerts until the mid-1990s.
The NFL football team owner and collector of musical instruments paid $137,500 for the guitar at an auction in Beverly Hills on Saturday.
Heritage Auctions, which conducted the auction, said the solid body guitar was a favorite of the late musician from the late 1980s to the mid-1990s.
Prince died on April 21 at his Paisley Park home in Minnesota of an accidental overdose of fentanyl.
Irsay also has instruments once owned by musicians Jerry Garcia of Grateful Dead, singer-songwriter Bob Dylan, and John Lennon and Ringo Star of the Beatles. Last December, he paid $1.75 million for Ringo Starr's drum set.