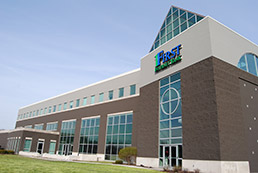 Fishers-based First Internet Bancorp in the second quarter raised $23 million in equity financing, joined the Russell 3000 stock index, and won a prestigious technology award—marking one of the most notable quarters in its 17-year history.

First Internet said it plans to use the cash to “support the Bank’s organic growth, the pursuit of strategic acquisition opportunities and other general corporate purposes.” It noted it had no immediate acquisition plans.

In late June, First Internet announced it was joining the Russell 3000 Index, which comes with an automatic inclusion in the small-cap Russell 2000 Index.

“We are pleased to be added to the Russell indexes,” CEO David Becker said. “Being included in these indexes represents an important milestone for First Internet Bancorp as we continue to increase our visibility in the investment community.”

The company was also named tech-enabled company of the year in April at the Mira Awards gala, hosted by not-for-profit technology organization TechPoint. It got the honors in part for new consumer-facing technologies, including biometric authentication and a smartwatch app.

In the second quarter, First Internet reported net income of $2.8 million, or 57 cents a share, up 25 percent from the same period last year.

The bank had $1.1 billion in net loans at the end of the second quarter, up 36.5 percent from the same quarter last year. Assets are up 54 percent over that span, to $1.7 billion.

First Internet has $1.4 billion in deposits and just more than 160 employees.•