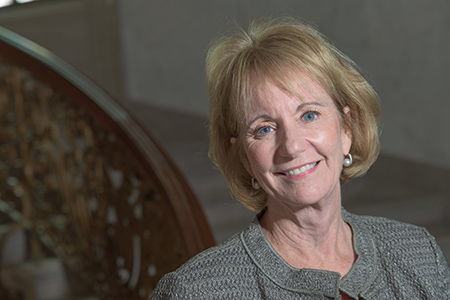 Rising up: Born in Palo Alto, California, Moberly earned a bachelor’s from Indiana University Honors College, and a law degree from Indiana University Robert H. McKinney School of Law. Hired by Buck Berry Landau Breunig & Quinn as an associate, she worked there about five years before going into practice with her husband as Hebenstreit & Moberly. She was slated as a candidate in the fall 1996 judicial elections.

Career turning point and “made it” moment: Being slated to be a Marion Superior Court judge. “I became a public figure within the legal community. My work became a public product and opportunities came my way that otherwise would not have.” And how has that worked out? “Being a judge has exceeded all of my expectations in terms of job satisfaction and enjoyment. It’s interesting, difficult, never boring, and it’s always very important to the people who come before you.”

Economic indicators: “A healthy bankruptcy system is a sign of a healthy economy … up to a point,” she said. “We don’t want it off the charts as in ’08 and ’09, but a healthy system is a sign that banks are lending.” Still, she said, creditors often don’t understand why debtors might still be living in a house and driving a car. “They don’t understand why a debtor has anything left when they owe money. Occasionally, [I have to educate people] that they have a constitutional right to take bankruptcy and we don’t want people stripped down to nothing.”

Choosing boards: There are some limitations placed on judges when it comes to boards—“they can’t be political,” Moberly noted. Still, she’s got plenty on her plate as president of the Indianapolis Bar Association and serving on the board of the Indianapolis Bar Foundation. The bar, she said, “has given me so much in terms of relationships and opportunities. … This year, the IBA has offered to help lawyers work smarter, be more profitable, and more efficient than at any time before.” As to the law school, “I’m greatly indebted to McKinney,” she said, “for educating myself, my husband, my daughter. … There were never lawyers in my family until my generation, and it’s been very good to my family.”

Advice for young women in business: “Ambition is a good trait and young women should not be hesitant to be ambitious for the right reasons. Strive beyond what you think your reach is.”