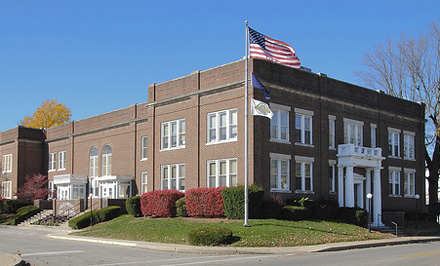 The city of Greenwood has sold its former city hall to a private developer who is renovating the 96-year-old downtown building and leasing it to a company that serves clients with autism.

Randy Faulkner & Associates has purchased the 24,000-square-foot Polk Building at 2 N. Madison Ave. from the city of Greenwood for $74,000, according to city officials. The deal closed last month, and Faulkner is currently working on $700,000 in renovations to get the space ready for its new tenant, Cornerstone Autism Center.

Cornerstone anticipates moving into the new facility during the first quarter of 2017, said Cornerstone co-founder and Chief Operating Officer Debbie Ide. Ide said the company anticipates hiring up to 30 additional employees, including both administrative and client services staff. Hiring will begin after the first of the year and should be complete within 12 months.

As part of the deal, the city will maintain ownership of the building’s south parking lot, and the lot will be available for public use on evenings and weekends. Another condition of the deal is that Randy Faulkner  & Associates may not request a tax abatement or a property tax exemption for not-for-profit status for the next 10 years.

This will be the second Greenwood facility for Cornerstone, which also has an office at 360 Polk Street, a few blocks east of Madison Avenue. Cornerstone opened this facility in 2010. Since then it also has opened offices in West Lafayette (2011) and in Columbus (2014). The operation has more than 100 employees total.

Cornerstone, which serves clients ages 2 to 22, plans to use the additional Greenwood facility to expand its services for teens and young adults.

“There’s so many services for the younger population. As they get older, it’s harder and harder to put things together for that population,” Ide told IBJ.

One of those services will be a café that will be open to the public and will also serve as a vocational training site for Cornerstone clients.

“It’s something different that we’ve never done before,” Ide said.

The cafe will be a spot where teens and adults with autism can practice social skills and receive job training, possibly as a first step toward independent employment.

“They want to learn. They want to be functioning members of society and learn these types of skills,” Ide said.

Details about the cafe’s operations, including its menu and hours, have not yet been settled, Ide said.

Having more space, Ide said, will also allow Cornerstone to whittle down its waiting list. The Greenwood facility currently serves 63 clients, and the opening of the new site should allow it to serve another 25 to 30 clients, Ide said. Currently, about 20 families are on the waiting list for Cornerstone services in Greenwood.

Cornerstone will be moving into a building that has a long history in Greenwood.

The facility, also known as the Polk Building, was built as a community center in 1920 with a donation from canning-company magnate James T. Polk. According to a news report from the Daily Journal newspaper, the facility housed a basement-level swimming pool, a gymnasium, a library and a 500-seat auditorium. The City of Greenwood moved into the building in the 1980s.

The city vacated the building in 2014 when it moved its administrative offices about a block south, to the former Presnell Building at the southwestern corner of South Madison Avenue and West Main Street.

“We knew with the right structure, the former city building could serve as a catalyst for furthering the growth and resurgence of downtown Greenwood,” Greenwood Mayor Mark W. Myers said in a news release. “This couldn’t be a better fit. Cornerstone has quickly become a Greenwood fixture during its time here, and we look forward to the organization’s continued growth and success.”

Randy Faulkner & Associates has its office on Southport Road. The firm specializes in owning and managing rental properties on the south side of Indianapolis, as well as Southport and Greenwood.