Home » Milano Inn to close after more than 80 years

One of the city’s oldest Italian restaurants is closing at the end of the month.

The downtown Milano Inn at 231 S. College Ave. will serve its last patrons on New Year’s Eve, ending an 82-year run that began in 1934 under previous ownership.

Sisters Tina and Gina LaGrotte, who have operated the eatery since their father Leo’s death in 2007, informed their 65 employees of the decision at a meeting late Monday afternoon.

The sisters are in negotiations to sell the restaurant and hope it will reopen under a new owner but declined to share more details.

“We are working with a group that is interested in maintaining the heritage,” Tina LaGrotte said. “If what we’re thinking comes to fruition, it will be a tribute to our father.”

The two—Tina, 55, and Gina, 48—have been involved in the restaurant since their father bought it in 1980 and say it’s time to move on with the next chapter of their lives. They maintain that the Milano Inn was in no danger of failing and business remains good.

Tina is newly married and about to become a grandmother. Gina said she may pursue something involving her passion for animals and children.

“We’re finally going to be able to be sisters instead of business partners,” Tina said. 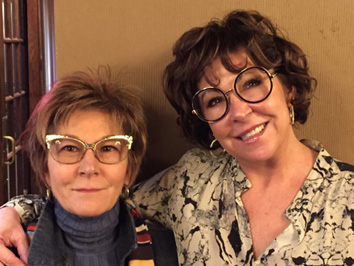 The restaurant had been open seven days a week until the past May, when the sisters decided to close on Mondays to give themselves a day off.

Though the Milano Inn takes the bulk of their time, the two also own a few other properties and the adjacent Angelo’s grocery, which their grandfather started. They have yet to decide on its future.

The potential sale of the Milano Inn comes two years after the sisters unloaded a vacant strip of land north of the restaurant, at the southeast corner of College and Maryland Street. Apartment developer Herman & Kittle Properties Inc. is building 211 units on the 2.6-acre parcel as part of a project called The Vue.

Selling the Milano Inn, however, will be much more bittersweet for the two. Their father, who was operating Angelo’s and four other groceries in the city under the LaGrotte’s Village Market name, bought the restaurant with the intent of tearing it down to provide more parking for Angelo’s. But loyal Milano Inn customers convinced him to keep it open.

The Milano Inn was founded in 1934 by Mary and Joe Modaffari, who operated it until their deaths in late 1970s. Leo LaGrotte purchased the restaurant from Modaffari family members who were struggling to keep the business going.