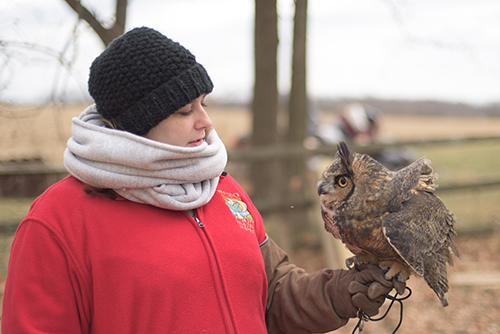 A not-for-profit wildlife rescue organization could be displaced if the massive Aurora project moves forward in Westfield.

Providence Wildlife Inc., located at 2425 E. 202nd St., cares for injured and orphaned Indiana wildlife. The goal is to return the animals to their natural environment, but when that is not possible, the organization continues to care for the animals and uses them for educational programs.

The group is located in the middle of the 317-acre site near the southeast corner of U.S. 31 and State Road 38 where developer Chris R. White is proposing to construct a mixed-use development with housing, retail, office buildings and warehouses. The surrounding property is mostly farmland.

Kristen Heitman, founder of Providence Wildlife, runs the organization on a volunteer basis with help from about 30 other volunteers.

She said it usually takes about $25,000 per year to operate the facility, and it is funded only through donations. The organization had received about $16,000 as of the beginning of December. 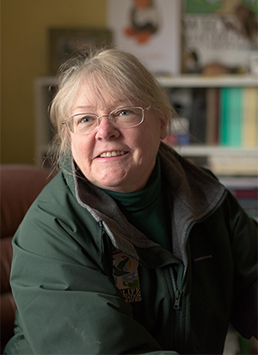 Kristen Heitman, founder of Providence Wildlife, runs the organization on a volunteer basis with help from about 30 other volunteers. (IBJ Photo/Eric Learned)

“It’s a real commitment, and most people wouldn’t even consider making it,” said Heitman, who has been involved with wildlife rescue since 1999 and is licensed by the Indiana Department of Natural Resources and U.S. Fish & Wildlife Service.

Heitman owns the property where Providence Wildlife is located with her husband, Keith. Their home is also on the 3.3-acre property. They moved there in 2006 and later heard about White’s proposal, which was originally introduced in 2006 and put on hold because of the Great Recession.

Heitman said White offered them $137,000 at one point and has also suggested a land swap with property south of where they are located now.

Heitman said her property is worth more than that and the amount wouldn’t be enough for them to relocate and keep Providence Wildlife open.

According to Hamilton County records, the assessed value of the property is $244,800.

“I know we’ve been a thorn in his side because we’re in the middle, but he’s had 10 years,” Heitman said. “He’s not willing to sweeten the pot, so to speak, to make it worth our while.”

White confirmed that he's made several offers to the Heitmans, but did not specify the amounts. He said he is trying to include their property in the rezone request for the project so it would be considered commercial land and potentially worth more money. White has options to purchase the adjacent properties.

“I was simply trying to get them a better value for their land,” White said. “The decision is theirs how they want to proceed.”

But staying put isn’t ideal either. If office buildings and warehouses surrounded the facility, Heitman said it would be extremely difficult to care for some of the animals they regularly see, including the different types of birds who need a natural environment to fly in.

“They’ll be conditioned to lights and noise,” said Andrea Quigley, a veterinarian who volunteers at Providence Wildlife every other Thursday. “We need them to be away from people and quiet. And they have that right now.”

A vote on the potentially  $300 million Aurora development has not been scheduled yet with the Westfield Plan Commission. If approved by the Plan Commission, it would still need Westfield City Council approval.

White received approval in 2006, but since then made substantial changes to the site plan, so the process restarted.

Residents near the site have been opposed to the project. Neighbors have created the Responsible Growth Alliance to fight the plan and have yellow yard signs and T-shirts that read “Aurora hurts homeowners.”

After the Dec. 5 Plan Commission meeting, when the board delayed voting on the rezone request, residents had planned to create a new design for the project and discuss their ideas with city officials and the developer. But it doesn’t seem likely the two sides will reach a compromise.

Resident Kevin Huff, who is leading the opposition group, said after the Dec. 5 meeting that every aspect of the proposed development is bad for the neighborhood.

“In my eyes this is not a project that needs a minor buffing to make the impacted residents happy; the project needs to be completely overhauled or scrapped,” Huff said. “When you strip away all of the details and fine print of the issue, what it really comes down to is that no one wants to live next to an industrial commercial park.”