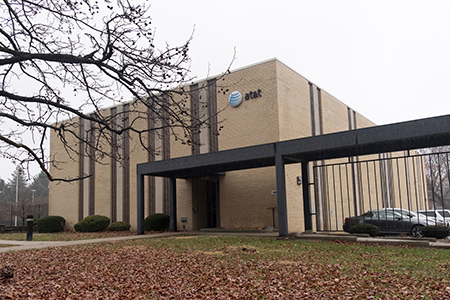 Neighbors of the site where a local developer plans to build a $23 million apartment and retail project along North College Avenue are seeking to stop the controversial project by taking legal action.

Milhaus Development LLC sought the variances as part of its plans to build the mixed-use development on the former AT&T property south of Kessler Boulevard. The project would feature 100 apartment units and 9,200 square feet of street-level retail space.

The commission in November approved the variances allowing the buildings to be constructed at a height of up to 54 feet, higher than the 35 feet permitted, and with front setbacks of up to 54 feet when a maximum of just 20 feet is allowed by zoning rules.

The neighbors claim the commission improperly granted the zoning variances Milhaus sought and want the judge to order the commission to reverse its decision.

Keenen lives just south of the Milhaus property and the Tanners to the west. Both Keenan and the Tanners argue that their homes will be affected by the variances because the taller heights of the apartment buildings will give residents clearer views onto their properties, while the setbacks will move the structures closer.

They contend the commission granted the variances improperly because state law, in part, says a variance can be approved only if it will not be “injurious to the public health, safety, morals and general welfare of the community.”

S. Gregory Zubek, the lawyer for the neighbors, told IBJ they aren’t opposed to development on the two-acre site, just this version.

“I think the 54-foot height is problematic,” he said. “It’s well beyond the 35 feet that’s allowed under the ordinance, and the setback is also an issue.”

But supporters of the project, including the Meridian-Kessler Neighborhood Association, say the variances are necessary to protect against a single, “monolithic” building.

Milhaus sought the variances after compromising with the neighborhood association and agreeing to break the project into three buildings, with plans for the shortest structure at the south end adjacent to the residences and the tallest at the opposite end nearer Kessler and the commercial corridor.

Also, without the setback variance, a development could be built closer to College Avenue and encroach upon the neighborhood’s character, the association’s president, Nick Colby, said at a November commission meeting.

Milhaus President Jeremy Stephenson said the developer has worked diligently with the neighborhood, city staff and commission to address concerns and is pleased to have received the necessary approvals.

“We understand that there are a few neighbors who wish to continue the process through legal pursuit because they object to the approvals that have already been given,” he said in an email. “While we are disappointed, we respect that this is a right that these few neighbors have to pursue. We are proud of what has been designed and are hopeful that we will be able to continue forward with those plans.”

Milhaus had sought to begin construction by the end of March, but the filing for judicial review by the neighbors is likely to delay the timing, Stephenson said.

The latest challenge is not the first time a project proposed at the site has come under fire.

TWG Development LLC originally wanted to build a five-story, $39 million apartment project with an underground parking garage that called for 205 units—double what Milhaus is proposing—and 3,000 square feet of retail.

The local developer reduced the size of the project by one story and 51 units after neighborhood residents objected to the density.

Even so, TWG in March notified residents in an e-mail that it was no longer pursuing the project.

TWG had agreed to buy part of the AT&T property in a sale that would have included the phone company’s office building and parking lot. A larger switching building to the north was not part of the package.

Milhaus in May snapped up the same property for $1.85 million without any contingencies tied to whether its project received approval.

Keenan and the Tanners filed their petition for judicial review on Dec. 15. It’s unclear when Judge Michael D. Keele might render a decision. But Zubek, the lawyer for the neighbors, is hopeful his arguments can sway the judge.

That’s what the judge will need to decide, said Mary Solada, a local real estate lawyer who’s not involved in the case.

“He won’t reweigh the evidence; it is essentially a review,” she said. “As long as the board’s decision is based on case law in Indiana, a judge should not overturn a decision.”•