Maddox is the fourth-generation leader of Citizens State Bank, which his family has owned for 143 years. He’s not merely a caretaker. Under his watch, 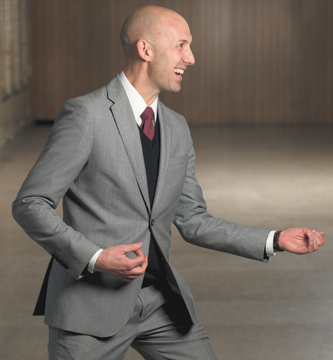 the bank has grown from $300 million in assets to more than $500 million with two central Indiana locations added in the last two years.

Getting here: After college, Maddox moved to Indianapolis and started a music instruction business, played in bands (guitar and mandolin), and worked for the Indianapolis Art Center. He ultimately wanted to get into the family banking business, he said, “but I wasn’t quite ready, and the timing wasn’t right. I had a couple of years of a ‘lost summer’ and then I started to feel like I was ready to do it.” Getting into banking was always an option, not an expectation. “My brother self-selected not to. But from an early age, I just loved it.”

Transitional professional moment: In 2013, Maddox led the merger of Pacesetter Bank and Citizens State Bank with a commitment not to reduce head count. “While this limited us from realizing all of the potential financial synergies immediately, we felt it was the right thing to do for our dedicated team members and has ultimately led to many efficiencies, process improvements, and has ultimately helped usher in an exciting new phase of growth into the Indianapolis metro area.”

Favorite place in central Indiana: Indy Eleven soccer games. “I played competitively growing up and played on and off on recreational leagues. I’m thrilled that they brought the team here.”