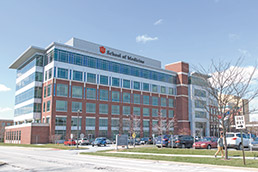 To: Indiana University School of Medicine

For: establishing the Brown Center for Immunotherapy

Details: The gift will be used to support research, invest in laboratories and technologies, hire a director, and create five endowed faculty chairs.

Notable: second-largest gift in the medical school’s history, behind a $50 million gift in 2006 from retail developer Melvin Simon and his wife, Bren 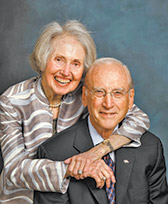 For: College of Business Administration

Details: Butler renamed its business school the Andre B. Lacy School of Business in recognition of the gift. Lacy will serve as a senior adviser to the school.

Notable: largest gift in university history from an individual or family 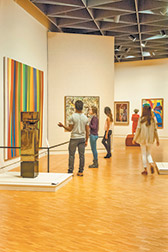 (Photo courtesy of the Sidney and Lois Eskenazi Museum of Art)

For: supporting a $35 million renovation

Details: The Eskenazis, IU graduates who met on campus, also donated a collection of 100 works of art that primarily included prints by 20th century European and American masters. The museum was renamed the Sidney and Lois Eskenazi Museum of Art in recognition of the gift.

Notable: largest gift museum has received since opening in 1941 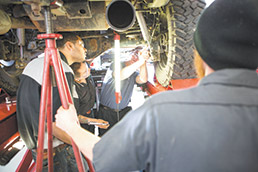 Details: The donation will be used to update and enhance Ivy Tech’s automotive curriculum. Jarvis is a board member of Ivy Tech Community College Foundation. 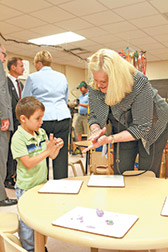 4 John and Sarah Lechleiter, retired Eli Lilly and Co. CEO and his wife

To: United Way of Central Indiana

For: early childhood education, and expanding the Center for Working Families network

Not all donors are willing to reveal the amount of their gift. Two 2016 donations announced in Indianapolis did not disclose amounts, but were likely above the $1 million threshold.

To: YMCA at CityWay

For: supporting a $21 million campaign for the new YMCA facility and funding for the yet-unbuilt OrthoIndy Foundation YMCA in Pike Township

Details: The three-story, 87,000-square-foot YMCA at CityWay—only four blocks from Lucas Oil Stadium—was renamed the Irsay Family YMCA at CityWay in recognition of the gift.

Gift: described as “major lead gift” of a $15 million total

For: supporting a $30 million plan to build new campus facilities