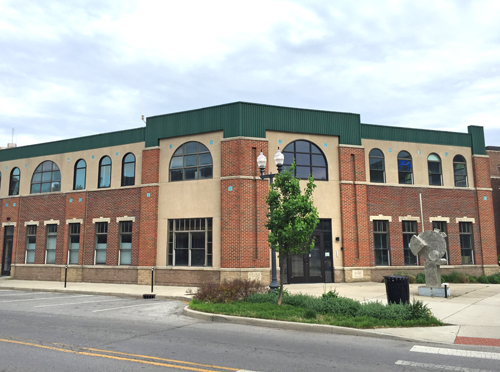 The Kurt Vonnegut Museum and Library is asking a judge to rule quickly on the legal dispute over its failed move to Massachusetts Avenue, fearing the not-for-profit could run out of money before the case is resolved.

The museum devoted to the late novelist signed a lease in September and began moving the following month into the two-story, nearly 6,000-square-foot building at 646 Massachusetts Ave., a block west of College Avenue.

But the group’s stay lasted only until February. Museum officials claim the building suffered from structural defects and water-intrusion issues so severe that at least one wall was in danger of collapsing.

Museum leaders contend in the suit that the building owner’s failure to rescind the lease constitutes an “emergency” and threatens the survival of the organization as a viable not-for-profit.

“KVML, which was founded only eight years ago, has limited funds, a very large proportion of which have been expended in reliance on defendant’s material misrepresentation about the building and which are not available now to be put to their intended use,” the museum says in the suit.

The museum is asking for an expedited hearing to determine whether its lease should be rescinded and whether it should receive restitution. The museum has spent $300,000 it raised to pay for rent and building improvements, including converting existing office space into exhibit and display space, in addition to the installation of an elevator.

A quick decision on the museum’s claims also is necessary, leaders say in their suit, because the building owner has threatened legal action to enforce the terms of the lease agreement.

Michael Bishop, the attorney for the building owner, said he appeared in court Monday on behalf of his client and asked for an extension to receive more time to consider a counterclaim.

“We’re still reviewing it and making our strategy decisions,” he said.

Vonnegut, the Indianapolis native and iconic author of "Slaughterhouse-Five," died in April 2007 at age 84. Julia Whitehead, the museum’s CEO, founded the group two years later. In a space at 340 N. Senate Ave., the group began displaying a collection featuring his typewriter, rejection letters and even a replica of his workspace.

The museum has returned to the space, donated by the Katz & Korin PC law firm, since moving out of the building on Mass Ave. But it likely won’t be staying for long. The building on Senate is for sale, which originally prompted the museum’s need for a new location.

Leaders have recruited Todd Maurer at Newmark Knight Frank Halakar to assist in their search.

“We’ve received calls from many organizations interested in showing us space,” Whitehead told IBJ. “We are carefully considering each suggestion that comes to us.”

Bruce Dean and Scott Johnson built the building at 646 Massachusetts Ave. in 1996, housing an art gallery on the first floor and their graphic design and advertising firm above. They own the building through 646 Mass Ave Partners Inc. Their current agency, AxiomPort, has a small presence in the building.

Johnson declined to speculate how much it would cost to repair the building but said the damage is not covered by insurance.

The building owners discovered a water leak during the buildout for the Vonnegut museum and began cutting out drywall, exposing wood studs that had rotted, Johnson said.

They began working on repairs, he said, when they received a letter from the museum’s lawyer asking that the organization be relieved of its lease.

“We tried to remediate the issue, and they said, ‘No, it’s not happening,’” Johnson said. “We’ve been there for 21 years. We want to make sure the building is in good shape. We want it to be right.”

Owners have removed the rotted wood and are replacing failed urethane window seals with silicone. New drywall should be installed by the end of the month, in preparation of finding another tenant.

“We’re getting interest from other parties, but it’s a shame,” Johnson said. “Going through the courts is going to be tough on everybody.”