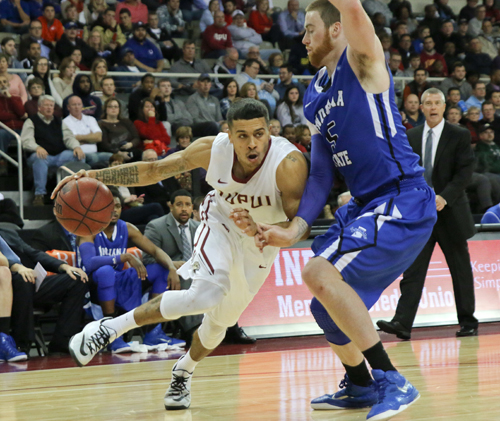 The Jaguars have participated in the Summit League ever since they made the leap in 1998 from the NCAA Division II level to Division I.

The Indianapolis university has 18 different sports teams that participate in Division I sports and about 300 student athletes.

The change, which will be in effect for the 2017-18 season, marks a step up for IUPUI, which will now compete for conference titles against the likes of Cleveland State University, the University of Wisconsin-Green Bay, Northern Kentucky University and Wright State.

“We are excited to welcome IUPUI to the Horizon League family,” Horizon League Commissioner Jon LeCrone said in written comments. “The Jaguars bring us tremendous competitive potential, particularly in men's basketball, along with an engaged and energized city. Their addition solidifies our broad community partnerships in Indianapolis and is the right school at the right time.”

IUPUI won 19 Summit League titles during its 19 years in the conference, with most of those coming in volleyball, soccer, tennis and golf. The men's basketball team won a league title and one conference tournament.

"I talked with the head coaches and staff right before this press conference and I made it clear that while we are happy to be new members of the Horizon League, we are not going to rest on our laurels and just be happy to be members," said IUPUI Athletic Director Roderick Perry. "We’re entering the Horizon League and we’re planning to compete for championships and we’re planning to do that sooner rather than later.”

Perry and IUPUI Chancellor Nasser Paydar made a 45-minute presentation to the Horizon League's board of directors about 10 days ago, Perry said. The school was extended an invitation to join several days later.

The advantages of joining the league included the relatively close proximity of all of the schools, Perry said. All are within bus-ride distance. As a result, athletes won't miss as many classes due to travel.

LeCrone said the league wants to move its men’s and women’s swimming championships to the IU Natatorium at IUPUI, “a world class facility," he said.

In addition, the league foresees “unbelievable collaborative opportunities with IUPUI.”

“There’s so many opportunities here to create more things together. It could be emerging sports. It could be e-sports. Anything we think about we can do in this community related to sports," he said.

Butler University was a co-founder of the Horizon League but left in 2013-14 to join the Atlantic 10 Conference. It now competes in the Big East Conference.