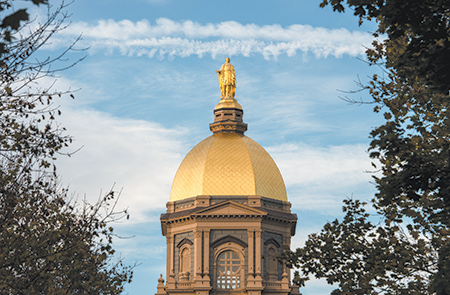 For some, a new year with its blank slate is refreshing.

For others, it’s unsettling. Such is the case for Louis Nanni, vice president for university relations for the University of Notre Dame.

“The first day of the new year, when everything goes back to zero, you get this pit in your stomach,” said Nanni, who has been responsible for fundraising for the Catholic institution for 15 years. “You feel that every single year.”

But maybe especially this year. After all, Notre Dame was the beneficiary of four of the top five—and six of the top 10—gifts by individuals of $1 million or more in Indiana, according to data compiled by IBJ.

Those gifts were among the $302.9 million in big gifts given by 28 individuals to Indiana not-for-profits, which is up from the $267 million donated by 31 individuals in 2016.

Notre Dame’s six big gifts totaled $205 million. And that doesn’t include a multimillion-dollar donation from Allan and Radwan Riley for scholarships. The exact amount of the gift was not disclosed—which makes it ineligible for IBJ’s list—but the university says it is the largest gift in its history directed toward financial aid.

“Year in and year out, Notre Dame is very successful,” said Bill Stanczykiewicz, director of The Fund Raising School at the Indiana University Lilly Family School of Philanthropy.

The other major gifts announced in 2017 also mostly went to higher education institutes. Only six of the 28 gifts of $1 million or more went to an organization that wasn’t a college or university.

The big gifts made it a record year for Notre Dame in terms of total amount given or pledged and total amount collected. But now it’s 2018, and Nanni’s office is back to zero.

“You just try to keep your head down, work really hard and stay humble,” he said. “We would be incredibly foolish if we took credit at the university for any or for all of these gifts. This is an act of supreme generosity and sacrifice on behalf of many families.”

So how does Notre Dame do it?

“I wish there were a kind of catch-all theme to it,” Nanni said. “But everything is kind of done on a case-by-case basis.”

Sometimes, Notre Dame initiates the conversation with a donor and suggests one or several ideas to see if there’s any interest. Other times, the donors approach the school about a personal passion.

“I think we often think it’s the development officer that comes up with the idea,” said Jessica White, president of Indianapolis fundraising consulting firm Jessica White Associates. “But people who have that kind of capacity and are philanthropic want to make a difference and want to give back … so they’re thinking about it without anyone actually mentioning it to them from the organization itself.”

And occasionally—as happened with the gift from the Rileys this year—officials get an unexpected phone call from lawyers saying there is money from an estate designated for the university.

“It was a trust that Allan Riley had set up that we didn’t know anything about,” Nanni said.

Usually, that’s not the case, according to fundraising experts.

IBJ.COM EXTRA
See the full list of $1-million-plus gifts in 2017 from individuals.

“Major gifts like that just don’t come out of the blue,” White said. “There’s usually a lot of planning going into it.”

Nanni said Notre Dame officials typically work on their relationships with donors for years, but that doesn’t mean it always takes years to receive a major gift.

“It’s hard to kind of put a finger on it because there’s so much variability,” he said. “And just when you think you figured out the recipe, something happens that totally dispels your understanding.”

Sometimes, donors have given Notre Dame large gifts multiple years in a row. For example, aviation-industry leader Kenneth Ricci and his wife, Pamela, announced a $100 million unrestricted donation last year, but also gave $5 million for an outdoor practice field for the Band of the Fighting Irish in 2016.

White said organizations used to stay away from major donors after a big gift announcement, because donors often wait three to five years in between those gifts, especially if they pay in installments.

And often, if one not-for-profit was in the midst of a capital campaign, others would postpone doing their own, according to White.

But that doesn’t seem to be the case anymore. “For all the planning that goes into this, there’s still a lot of unpredictability,” Nanni said.

He sees three components that contribute to a “stretch gift”—one that seems unusually large for the giver’s resources—regardless of its size: The donor believes in the institution and its mission, the gift recipient has an idea that captures the donor’s attention, and the donor trusts the organization’s leaders to execute the idea.

Jen Pendleton, vice president for Toledo, Ohio-based Aly Sterling Philanthropy’s Indiana office, described the process of securing major gifts as both an art and a science.

“There are methodologies you can follow,” Pendleton said. “But at the same time, it’s also like dating.”

While Notre Dame enjoyed a successful year of fundraising, organizations in Indianapolis didn’t grab as large a share of the state’s major gifts as they did last year.

In 2016, nine individuals gave $78.3 million to Indianapolis-area not-for-profits. This year, gifts from nine donors accounted for only $41.9 million.

The biggest local gift came from Fred and Judy Klipsch, who gave $12 million to Marian University for scholarships at the education college, which will be renamed the Fred S. Klipsch Educators College.

Last year, a $30 million gift to the IU School of Medicine from former Interactive Intelligence CEO Don Brown led the way in Indianapolis, followed by a $25 million donation from Andre and Julia Lacy to Butler University.

But experts aren’t worried about the drop in major gifts.

“I don’t think there’s any cause for alarm right now,” Pendleton said. “A lot of this could be timing cycles of campaigns.”

Pendleton said she’s seen donors give a big gift on Dec. 31, then turn around and give another big gift Jan. 1.

“You never really know what’s at play,” she said.

Stanczykiewicz said big gifts are often related to the health of the economy, and since the economy is still doing well, “the possibility for these seven-figure gifts is going to remain strong. … We don’t know how many are in the process of being cultivated right now.”•

former chairman and CEO of Klipsch Group, and his wife

For: support for the education college, which was renamed the Fred S. Klipsch Educators College

Details: All the funds will go to the teacher education program, with about $3 million used to create a scholarship fund and $9 million used to support programming and other needs.

Notable: The gift was part of Marian's ongoing $150 million fundraising campaign that lasts until 2021. Klipsch's last seven-figure gift was in 2010, when he donated $1 million to Purdue University to build an athletics complex. 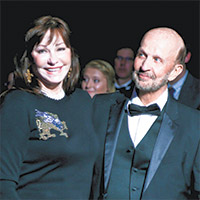 Judy and Fred Klipsch are now the namesakes of Marian's education school, which is housed in Sisters of St. Francis, Oldenburg Hall. 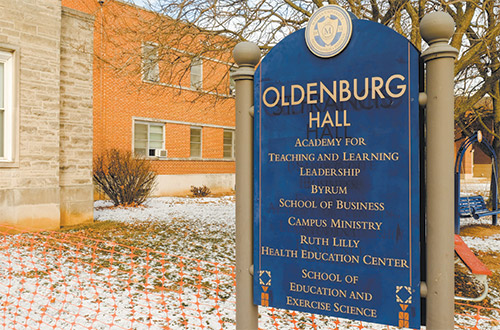 late alumni, who were owners of two insurance agencies and a commercial real estate business

For: Butler athletics, the Lacy School of Business and other programs

Details: In recognition of the gift, Butler has renamed the facility where the football and soccer teams play as the Bud and Jackie Sellick Bowl.

Notable: The Sellicks have endowed three scholarships at Butler and have also made gifts to other athletic funds, including the restoration of Hinkle Fieldhouse. 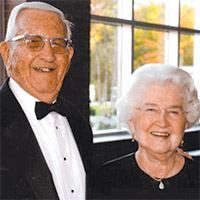 Bud and Jackie Sellick made multiple gifts to their alma mater over their lifetimes. 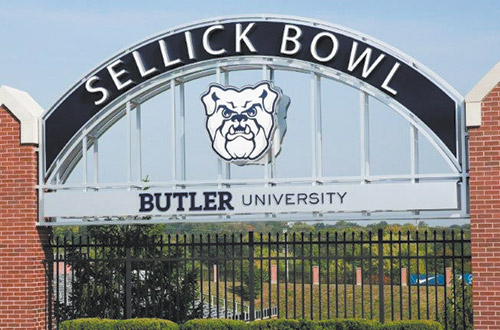 retired Eli Lilly and Co. CEO, and his wife

Details: The gift will fund the James Still Playwright-in-Residence position in perpetuity.

Notable: The donation is the largest from an individual in the theater's 46-year history, and it marks the third year in a row the Lechleiters have made a seven-figure donation to a not-for-profit. In 2015, they gave $1 million to the Catholic Education Foundation of Louisville, and in 2016, they gave $5 million to the United Way of Central Indiana. 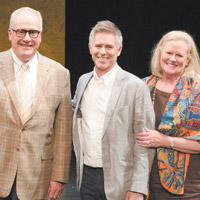 James Still—center in photo at left, between John and Sarah Lechleiter—wrote "April 4, 1968: Before We Forgot How to Dream," here performed at Indiana Repertory Theatre in 2015. 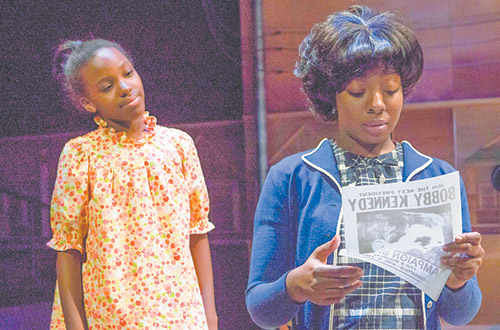 For: endowment of a professorship in ethics and professionalism

Details: The Stephen F. Burns Professorship will be led by William Henderson, professor of law and Val Nolan Faculty Fellow at the law school.

Notable: Burns graduated from the IU law school in 1968 and has been inducted into the Academy of Law Alumni Fellows, the school's highest alumni honor.

Details: The school opened in temporary space at 2916 W. 20th St. in August 2017, and plans to move to its permanent location at the former Heslar Naval Armory in the Riverside neighborhood next fall.

Notable: The gift was part of a $3 million campaign to open the school. The renovation project is expected to cost $7.5 million, with other funding coming from tax credits and community redevelopment programs.

Details: The six-acre parcel is at 4751 W. Century Plaza Road, near Lafayette and Georgetown roads.

Notable: Ivy Tech hopes to have the center built by 2018. In honor of the gift, the college will name the Illinois Street crosswalk on its downtown campus the "Sidney and Lois Eskenazi Pathway to Success."

Sometimes donors don’t wish to reveal their gift amount, but one major gift to an Indiana not-for-profit in 2017 was classified as “multimillion-dollar.”

Background: Late alumnus and real estate investor, and his wife. Allan died in 2015.

To: University of Notre Dame

For: need- and merit-based scholarships for undergraduate, graduate and professional students

Details: The university described it as the largest gift directed toward financial aid in its history.