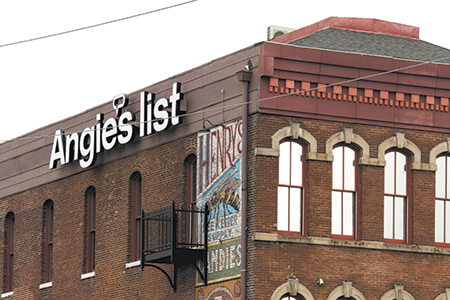 An investment group headed by a co-founder and former CEO of Angie’s List Inc. is purchasing the company’s campus east of downtown, several sources familiar with the deal told IBJ.

ANGI Homeservices Inc. in early October listed for sale the entire 17.5-acre site that has helped anchor and revitalize the Holy Cross neighborhood and adjacent areas on the near-east side of Indianapolis.

The group that submitted the winning bid is led by former Angie’s List CEO Bill Oesterle. His team includes John Chuang, an early investor in the company, as well as Peter Coolidge, a founder of Angie’s List.

Reached by phone, Oesterle said he couldn’t comment on the deal, citing confidentiality agreements. But the sources said Oesterle’s group has the property under contract and could close on it next month.

Colorado-based ANGI, which debuted as a public company Oct. 2 in a merger of Angie’s List and rival HomeAdvisor, is selling the property for the best offer. The campus, headquartered at 1030 E. Washington St., is made up of 41 parcels with 25 buildings, 1,000 parking spaces and 190,000 square feet of office space

Oesterle told IBJ in November that, if successful, the investors would redevelop the buildings into a mix of residential, retail and office space to build on the area’s momentum.

Oesterle stepped down as CEO of Angie’s List in July 2015. He co-founded the company with Angie Hicks in 1995 and led it through an initial public offering in 2011.