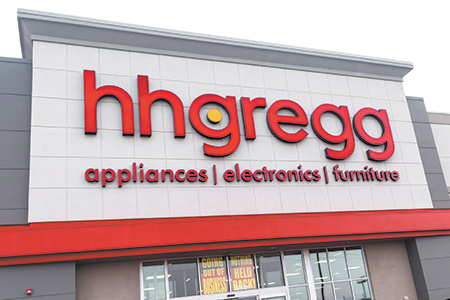 HHGregg Inc. has been out of the spotlight since the spring of 2017, when the once-mighty appliance and consumer electronics retailer shut down after 62 years in business.

But in bankruptcy court, legal tussles continue, as the company seeks to scrape together as large a recovery as possible for its battered creditors. HHGregg and creditors are pursuing more than 150 lawsuits, most of them aimed at recovering payments to businesses in the weeks before it sought bankruptcy protection.

But those spats are over chicken feed compared with the legal assault a Delaware law firm is preparing against HHGregg’s officers and directors in hopes of finding them culpable for the company’s rapid unraveling last year.

Such suits have become commonplace in bankruptcy cases, with creditors of otherwise cash-starved businesses hoping to hit the jackpot by tapping companies’ directors’ and officers’ liability insurance coverage. Court records don’t reveal the amount of HHGregg’s D&O coverage, but an attorney for unsecured creditors—Cathy Hershcopf of Cooley LLP in New York—said it runs into the tens of millions of dollars.

“Cooley did an initial investigation, and a decision was made to hire this firm on a continency basis,” Hershcopf said. “They have done some work and drafted a complaint. That is really as much as I can say.”

Court records don’t reveal the specific claims Chipman Brown is making, though such suits typically include allegations of breach of fiduciary duty. Court records speak only in general terms, saying Chipman Brown will investigate and assert claims related to the management of the company before it filed for Chapter 11 bankruptcy on March 6, 2017.

HHGregg had announced four days before the bankruptcy filing that it planned to close 88 of its 220 stores. It cast the bankruptcy as an opportunity to get off the hook for rent on those stores, which then would set the stage for it to sell itself. But no deal got beyond the letter-of-intent stage, and CEO Bob Riesbeck announced April 7 that the business would wind down and dismiss the last of its more than 5,000 employees.

One reason the failure seemed sudden was that the company for years had been awash in cash. As recently as September 2015, it had cash on hand of $35 million and no debt. By the time it sought bankruptcy, it had borrowed $56 million and owed unsecured creditors $145 million. Causing the turnabout were key vendors that got nervous and cut off trade credit.

HHGregg’s officers and directors are represented by Jim Moloy, a partner at Bose McKinney & Evans LLP. He confirmed that the filing of a suit appeared imminent but otherwise declined to comment.

Riesbeck, who took the helm of HHGregg in 2016, said company leadership did everything it could to save the business during an unprecedented stretch of carnage for retailers nationally.