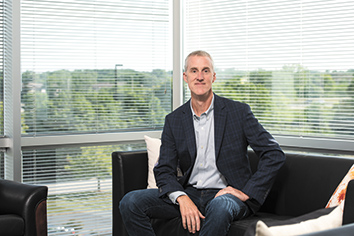 Beeler co-founded Double-Take Software, which deals in data backup and recovery for businesses, in a spare bedroom in 1995. In 2010, that firm was acquired by Vision Solutions. In 2016, Vision’s owner offloaded Double-Take to Boston-based Carbonite Inc. One constant through all that change was Beeler, who now plays a key role in helping Carbonite deliver new and improved disaster-recovery products for customers. “Over the last few years,” he said, “we have significantly added to our engineering team, with hundreds of engineers worldwide and more than 40 ‘Carbonistas’ in R&D based right here in Indianapolis.” Those changes have dramatically affected the bottom line. Revenue has increased more than 75 percent, from $136.6 million in 2015 to $239.5 million in 2017; and since January 2017, Carbonite has seen more than a 120 percent increase in its stock price.

Figuring out how to migrate server workloads to public cloud platforms in real time, with minimal user intervention or downtime.

“Developing an OVA-based delivery model to allow for the rapid deployment of our container-based applications to partners with limited container and orchestration experience.”

Radio Shack TRS-80. “My dad was an early adopter of computers and was always bringing home the latest computer that was available,” Beeler said. “The TRS-80 had a cassette-tape drive for storing programs, though unfortunately it rarely worked, so I spent many hours rewriting the same code over and over.”

professor Bruce Walcott at the University of Kentucky 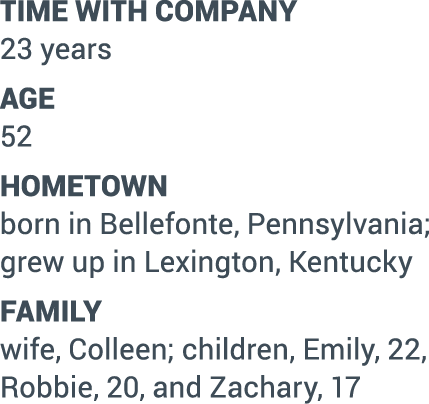 Favorite gadget and why

Apple Watch/Airpods. “When I’m traveling, this is a good combo for tracking workouts and listening to music.”

“I like a collaborative work environment where I can work directly with others—especially technical people,” Beeler said. “I have several remote teams, and I like to spend time with them to get to know them and see what they are doing. I think a balance between in-person meetings and online collaboration is best. To make critical decisions, it’s good to be there in person.”

“I could teleport between all of our offices.”•