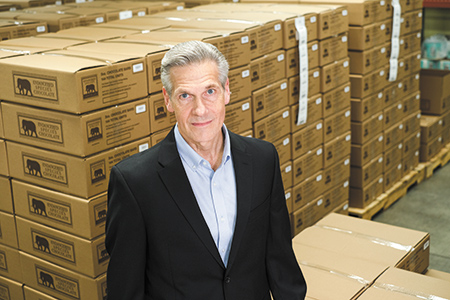 Endangered Species Chocolate specializes in non-GMO, fair-trade candy bars that are distributed throughout the United States and Canada. Over the past three years, it has made more than $1.4 million in contributions to organizations to help save wildlife; the goal is now $1 million annually. Beyond the charitable donations, its cash position has improved more than tenfold since 2010, the year Carl Dodds joined the organization. “The revenue per [full-time-equivalent employee] in 2010 was $250,000 and today that number is $875,000,” Dodds said. “This was accomplished through keeping the company lean and focused on efficiencies and profitability. In 2018, I was involved with the automation of the bar-packing process.” In the process, carton packaging costs were reduced 25 percent, for an annual savings of $200,000.

Education: Dodds earned a bachelor’s from Ball State University and an MBA from the University of Indianapolis.

Career path: Between his undergraduate work and his MBA, Dodds worked for seasoning and spices company Menu Magic. “We had many challenges with building an infrastructure that could support a $50 million company and many cash-flow challenges,” Dodds said. Still, the company was ultimately sold “for an exceptional multiple on EBITDA,” or earnings before interest, tax, depreciation and amortization. After getting his MBA, he worked with Mike’s Car Wash. “I spent a lot of time creating systems that could be replicated to each location that would enable corporate to capture data that gave operational metrics and cost of products used to better manage each location,” he said. Positions followed at Harmony Foods, which, boosted by business with Sam’s Club, grew to a $40 million company. Before Endangered Species Chocolate, Dodds worked for Diversified Systems, a printed circuit board manufacturer, where he “spent a significant amount of time valuing inventory and enhancing the costing system. There were over 50,000 inventory items and each job … averaged over 100 components.”

Major company achievements during his tenure: Dodds noted he has “implemented business systems to enable high growth” while, “always providing a high level of managerial accounting and cost accounting to executives, which enables solid strategic planning and decision making.” 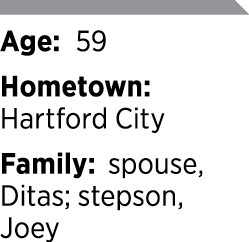 My job would be a lot easier if … “I had an unlimited amount of resources to implement a higher level of automation for business systems and operations.”•