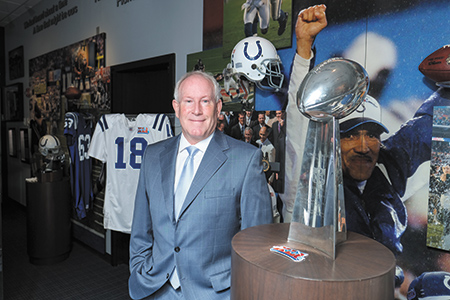 “We have approximately 200 employees and do more than just play football games,” Kurt Humphrey said. “We are a 12-months-a-year business.” As CFO, he’s instrumental not only in keeping the games going, but also in the Colts’ community involvement, which devotes millions of dollars to charitable causes annually.

Career: Stints with Ernst & Young and then Baldwin & Lyons led to his hiring by the Colts in 1984, when the franchise moved to Indianapolis from Baltimore.

Major company achievements during his tenure: Humphrey points to on-the-field achievements —“a World Championship Super Bowl victory in 2006 and a team that had seven consecutive seasons with 12-plus victories, nine consecutive seasons with 10-plus victories”—as well as the behind-the-scenes ones—“negotiating the club’s 30-year lease with the city of Indianapolis, which included the plan to construct Lucas Oil Stadium.”

Unique challenges in professional football: Tax laws and changes in federal and multiple state and city income tax laws. “Keeping track of these individuals’ duty days and estimated annual income to estimate their taxes to withhold for only one to two days they are in those states—coupled with the different tax laws and rates in each municipality—can become a challenge.” 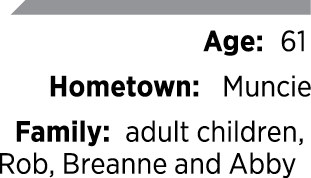 Givebacks: In addition to supporting several families he has met in the Philippines and Vietnam, Humphrey has been on the Noble Inc. board, investment committee and audit committee since 1986.

My job would be a lot easier if … “tax laws and accounting rules never changed and there was no NFL salary cap.”•