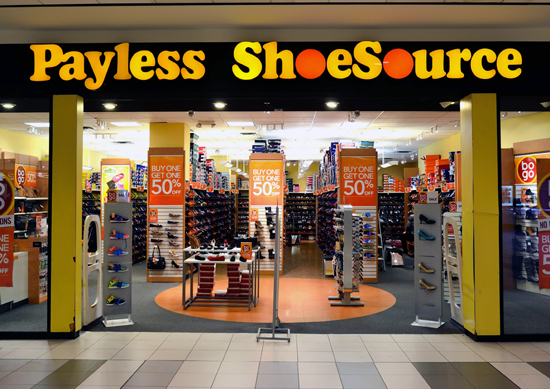 Payless ShoeSource Inc. plans to close all of its approximately 2,300 stores when it files for bankruptcy later this month for the second time in as many years, according to the Reuters news agency.

The chain has about 15 stores in the Indianapolis area, with eight in Indianapolis and others in Carmel, Greenwood, Avon, Noblesville and Greenfield. It has more than 50 locations statewide.

Payless was bought in a leveraged buyout by private equity firms Golden Gate Capital and Blum Capital Partners in 2012 as part of the breakup of publicly traded Collective Brands Inc. The company, founded in 1956 in Topeka, Kansas, employs more than 18,000 people worldwide, according to its website.

Payless would become the latest in a wave of retail bankruptcies during the past two years as online rivals and heavy debt overtake once-iconic brands like Toys “R” Us and Sears. There’s no letup in sight, with at least half a dozen names seeking bankruptcy protection so far this year, including Shopko, FullBeauty Brands, Charlotte Russe, Things Remembered and Gymboree.

The latter sought court protection for a second time last month and is liquidating most of its business.