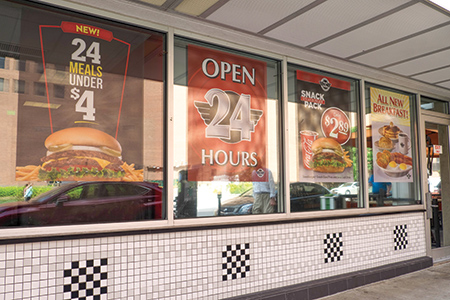 Indianapolis-based Steak n Shake in 2018 lost money for the first time in a decade, and same-store sales fell for the third consecutive year. Over those three years, customer counts tumbled 13 percent.

In response, the usually cocksure Sardar Biglari—who gained control of the chain a decade ago and serves as CEO of its San Antonio-based parent, Biglari Holdings Inc.—is acknowledging a serious misstep.

But it isn’t the one that a chorus of franchisees has asserted—that Biglari’s unrelenting focus on offering cheap food, including $4 meals, has strained store operations to the point that the customer experience is suffering.

No, Biglari said in his newly released annual chairman’s letter. The real culprit is the lack of upgrades to kitchen equipment and design, leaving the chain with “high-cost, labor intensive, slow service”—a shortcoming he said he will fix through implementation of advanced production techniques.

“Whereas we adopted Henry Ford’s pricing philosophy—lower prices, higher volume—we failed to implement his highly efficient assembly line methods,” Biglari wrote in his 12-page letter. “To be a market leader in the fast food business, we should have paid greater heed to becoming, well, fast.” 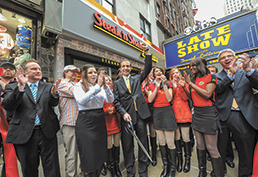 It’s not clear exactly what Biglari has in mind with his kitchen overhaul, or how much it might cost to implement. As a matter of policy, he doesn’t speak to the press, and he did not respond to a request for comment.

But in the letter, he drives home why faster service is crucial. In the decade he’s controlled Steak n Shake, drive-thru and takeout revenue—realms where speed is especially important—has increased 52 percent and now accounts for about half of Steak n Shake’s revenue overall.

In addition to Steak n Shake, which has 413 company-owned restaurants and 213 franchised units, Biglari Holdings owns the steakhouse-franchising firm Western Sizzlin, an insurance company and Maxim men’s magazine. It also holds a variety of investments.

Critics say the sell-off stems partly from Steak n Shake’s stumbles. But it’s also driven by a string of controversial moves orchestrated by Biglari that have sown distrust and confusion—and led many investors to steer clear of the company.

Those moves range from a 2013 deal under which Sardar Biglari licensed the “Biglari” name to the company for 20 years to a stock restructuring this May that created two classes of shares and consolidated his control over the company.

Under the licensing agreement, Biglari won’t receive royalties if he remains atop the company, but if it were sold, or if he were forced out for anything but malfeasance, he’d receive 2.5 percent of sales for years—a sum that could surpass $100 million.

The stock restructuring armed Biglari with a new class of shares with no voting power that he can use as currency in acquisitions without diluting his voting power.

Today, Biglari Holdings’ stock market value is just $422 million, an astonishingly low figure given that the value of just one of its investments—a 15 percent stake in Lebanon, Tennessee-based Cracker Barrel Old Country Store Inc.—has a stock market value of $560 million.

The discrepancy is causing fits for so-called value investors who seek to profit from gaps between a stock’s market value and its perceived intrinsic value.

“BH was a frustrating stock in 2018,” wrote Dan Roller, portfolio manager for the Denver-based Maran Partners Fund, which counts Biglari Holdings as its second-largest investment, in his year-end investment letter. “My estimate of intrinsic value was relatively unchanged, yet the stock fell significantly.”

But he kept the faith, writing, “No matter how you cut it, I think this stock is extremely cheap, and it is just a question of how long it takes for the market to realize it.”

He figures the company’s Class B shares are worth at least $300 per share, 124 percent above where they now trade, even without ascribing any value to Steak n Shake.

In his chairman’s letter, Biglari said another key plank in his turnaround strategy is to transform the company-owned Steak n Shakes into franchised restaurants, each run by a different, entrepreneurially minded, hands-on franchisee.

Biglari has long favored franchising, because it is less capital-intensive than owning restaurants and provides a steady, reliable stream of cash in the form of franchise fees and royalties on sales.

But in the chairman’s letter, he said another plus is that owner-operators are more likely to excel at restaurant management than traditional store managers. As he put in the letter, “For operators to think and act like owners, we believe they must be owners.”

Biglari said the company will continue to add restaurants using its traditional franchise model to expand the 626-restaurant chain. But he said he hopes to transition all the company-owned outposts to single-unit franchisees, which he estimates will take three years. He said that Steak n Shake already has several single-unit franchisees on board and that expects to have all the company-owned stores transitioned to franchises in three years.

In the letter, he cast the single-unit franchises as an opportunity to help people “long on ability but short on capital” to pursue their dream of business ownership.

“Because we favor opportunity for all, we have designed a franchise system in which those who are passionate about serving others, and who wish to go into business for themselves but not by themselves, can fulfill the dream of being an owner—and with it, the prospect of becoming an American success story.”•