Republican state lawmakers are touting the legislative session as a success, while Democrats say their opponents missed opportunities to move Indiana forward.

The Indiana General Assembly ended the 2019 session on Wednesday night after passing a $34.6 billion two-year budget with an emphasis on K-12 school funding. Lawmakers weighed in on this year's legislative session Thursday morning during a wrap-up press conference.

Republican leaders pointed to the additional $763 million that will be spent on education over the next two years as evidence that they fulfilled their commitment from the beginning of the session to prioritizing school funding. And they expressed pride that the state will still end each year with $2 billion in reserves. 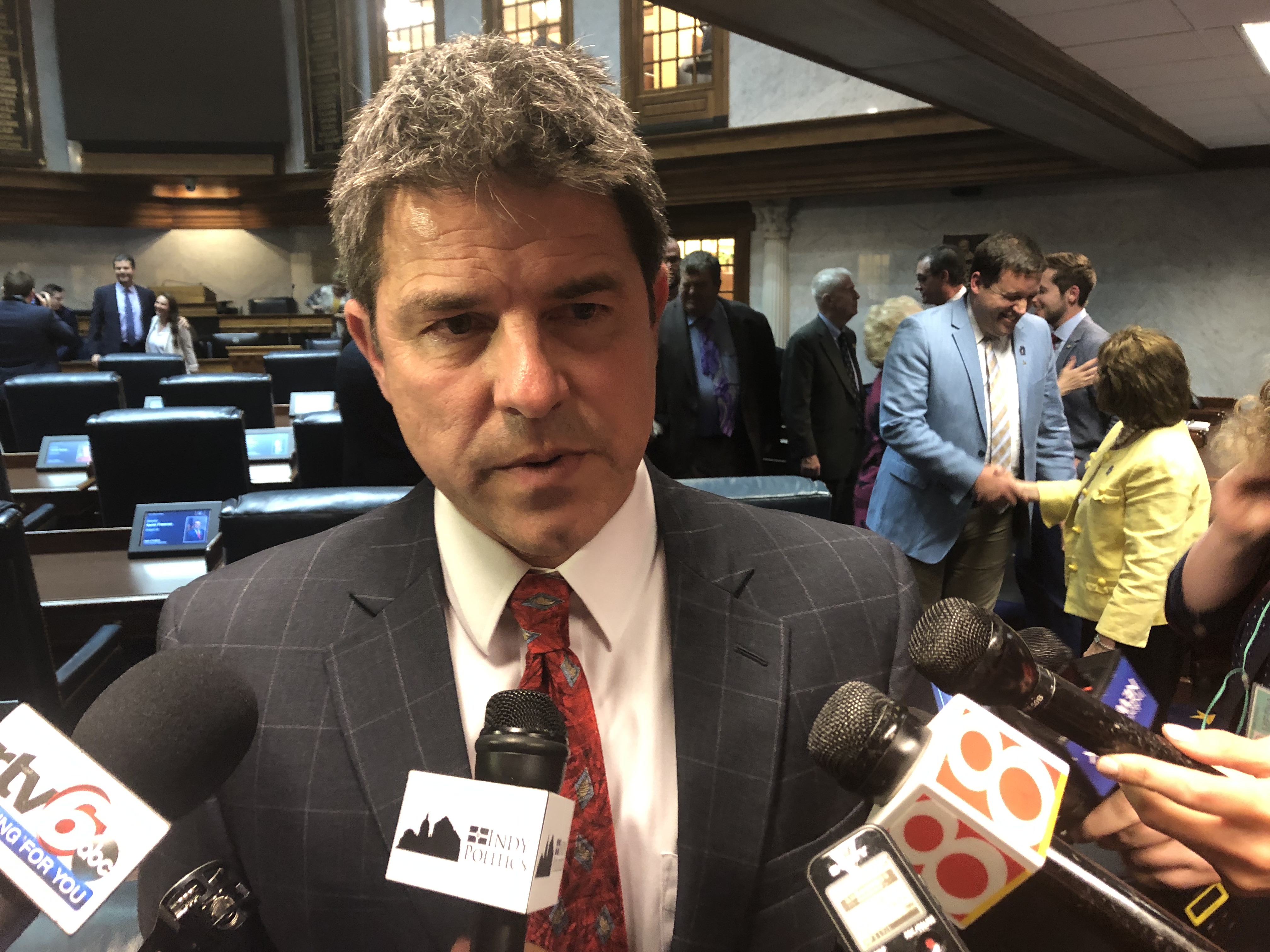 Senate President Pro Tem Rodric Bray (photo to the right) praised Senate Appropriations Chairman Ryan Mishler for his work on the budget and for keeping spending at a responsible level.

Democratic leaders said there’s still no guarantee teachers will see an increase in their salaries, but Republicans countered that it is up to the local school districts to make decisions regarding the extra funding.

House Speaker Brian Bosma said the $37.5 million the budget sets aside for the Teacher Appreciation Grants program each year will go directly to teachers.

“It’s incorrect to say we haven’t guaranteed additional money to teachers,” Bosma said. “Every dollar of that goes to teachers.”

In addition to passing the budget, state lawmakers tackled a major revamp of the gambling industry by legalizing sports wagering and allowing casino shuffling that sets up Gary for a new casino away from Lake Michigan and a new casino in Terre Haute. They also passed a hate crimes law and approved legislation that will help fund a $360 million renovation of Bankers Life Fieldhouse and a $150 million soccer stadium for the Indy Eleven.

“I think overall it’s been a very successful legislative session,” Bray said. “We’ve managed to take care of issues like the Pacers and keeping them in town for at least a couple more decades and a pretty significant overhaul of the gaming business here in the state of Indiana. So, I think we didn’t shy away from a lot of challenges, and I feel like we’ve managed to make a lot of progress.”

But Democratic leaders criticized Republicans for not passing a more inclusive hate crimes law, which to them means having a list that includes gender identity, age and sex—three characteristics not included on the list the law references. 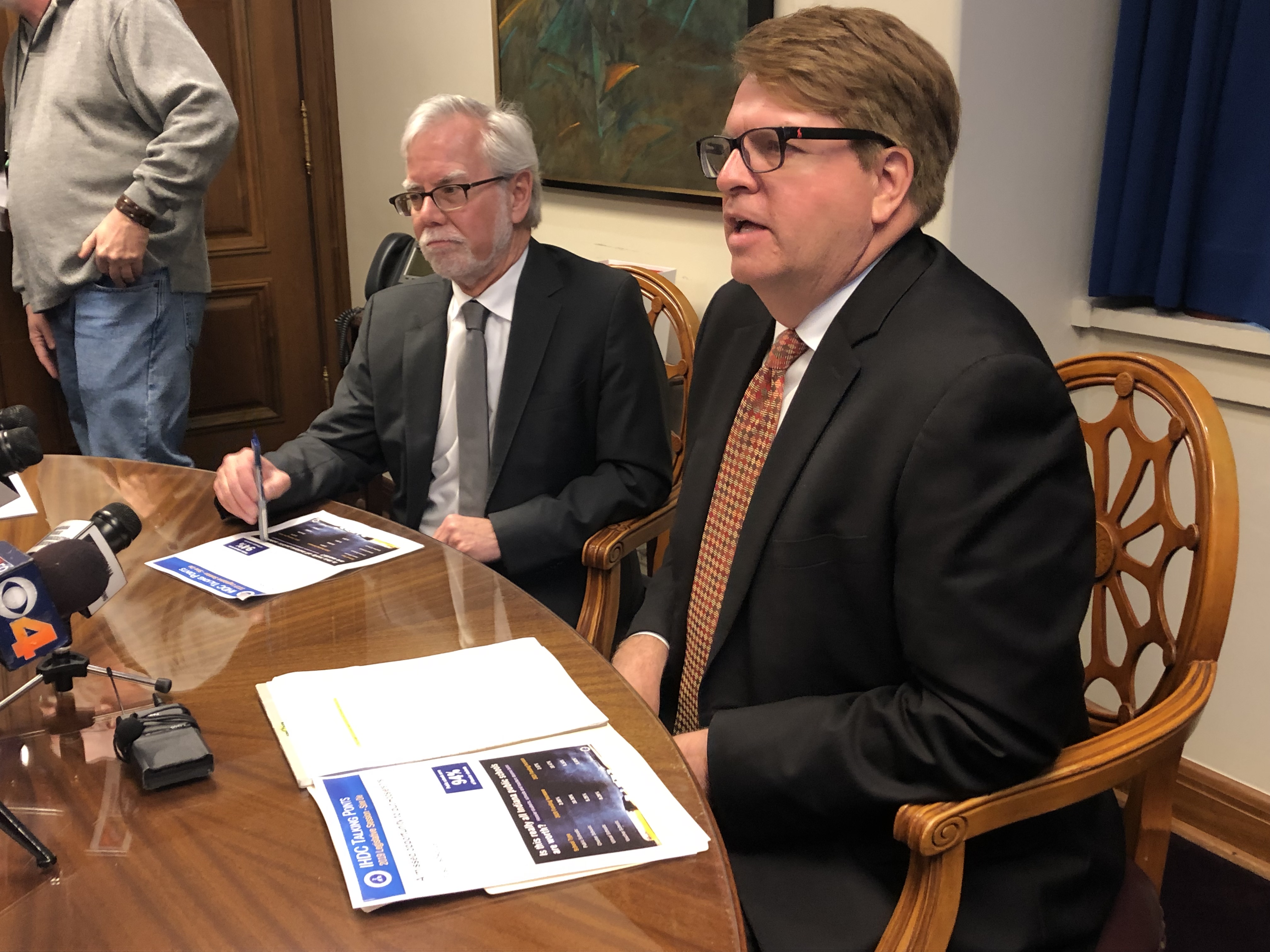 “We didn’t really get the job done,” Lanane said.

Republicans have argued that the bias crimes language does cover everyone, because in addition to the list, it says defendants are eligible for stronger penalties if their crimes were motivated by a victim's real or perceived characteristic, trait, belief, practice, association or other attribute.

One thing Democrats—who are in the minority in both chambers—say they're happy about was the failure of a subprime lending bill that would have created multiple loan products with potential interest rates above the state’s loan-sharking rate cap of 72 percent. Another was helping to kill the legislation that would have put a two-year moratorium on large new power plants.

The Legislature also did not increase the cigarette tax or impose a tax on the liquids used in e-cigarettes, despite some bipartisan support for both issues.

Bosma said he was pleased that House Republicans met all 10 of the goals they outlined at the start of the session in January, including passing a balanced budget, providing additional funding to K-12 and being able to provide an income tax exemption from military retirement pensions. The budget also boosted funding to the Indiana Department of Child Services by $502 million over two years.

“Very pleased with result of this session,” Bosma said. “Five days before the statutory deadline, so we completed our business under time and under budget.”