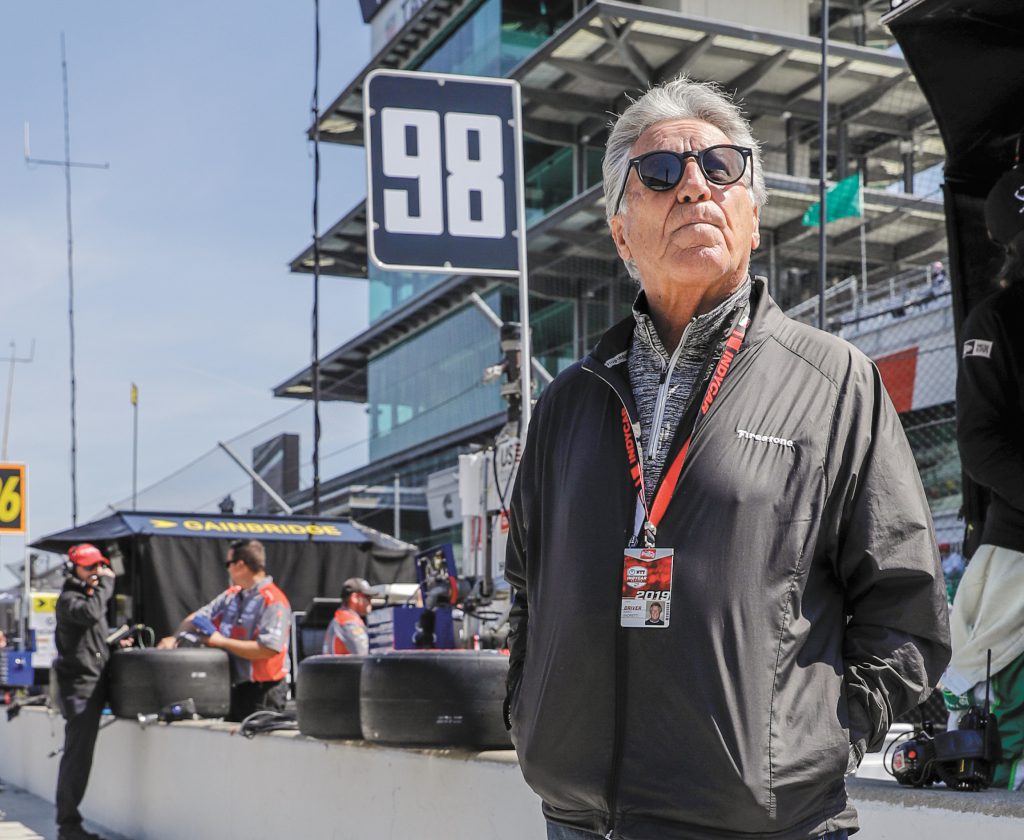 This has been Mario’s May.

See Mario putting up a street sign at the corner of Washington and Meridian, so downtown traffic can dodge scooters on Andretti Avenue. See Mario appear at Newfields, not far from the Monets. Walk in the Speedway gift shop and see Mario bobbleheads and Mario banners. Mario as far as the eye can see.

Sunday’s Indianapolis 500 will mark the end of the 50th anniversary celebration of the day nothing could stop Mario Andretti. How to pay one final homage? Let’s go back in time, from this race weekend to that one.

It is Friday, May 30, 1969. This has been a remarkable year for landmark sports stories, with more to come. The New York Jets upsetting the Baltimore Colts in the Super Bowl, the New York Mets a shocking World Series winner, UCLA the first three-peat champion in NCAA Tournament history, Bill Russell’s last title for the Boston Celtics, Notre Dame ending 45 years of refusing to go to a bowl game. The biggest moment of all, never mind sports, would come a quarter-million miles away in July. A Purdue graduate would be the first man to walk on the moon. 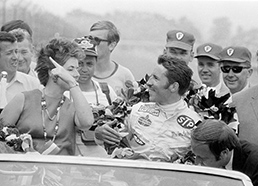 It was, then, the year for unforgettable things. Would the Indianapolis 500 somehow follow along?

A.J. Foyt is on the pole. In the middle of the first row is Mario Andretti, who crashed during practice, suffering burns on his face that make him want to avoid the traditional front-row picture. His twin brother, Aldo, sits in for him on the photo shoot. Mario not only has a backup car in the race, but a backup face.

Thirty-three drivers take the green flag. They’re all men, of course. And this day, it turns out to be a one-man show.

There are only seven lead changes. Andretti goes to the front for good on the 106th lap and wins by nearly two minutes. In Victory Lane, he gets a kiss on the cheek from car owner Andy Granatelli, as the cameras click.

Andretti is 29 years old. He is young and alive, with wife Dee Ann and a family— son Michael is only 6. His future at Indianapolis seems without limit, full of glory and swigs of milk …

It’s 2019. We know now he never got back, and that moment was truly once-in-a-lifetime. On a recent weekday at the Speedway, he is sitting in the Andretti Autosport hospitality suite. He has relived his winning race a gazillion times this May, so no need to do that again. The topic is, what about 1969 still moves him the most? What echoes does he hear the loudest?

He begins with the face who is missing. Dee Ann Andretti died last July. They had been married 57 years.

“I think it’s a bit unfair because it’s just one race,” he says of 1969. “But we live in those moments. For Indy to decide to celebrate it, I’ll use any aspect to try to bring any kind of buzz to this race, maybe revive some of the old fan base. But for me personally, the only thing I wish is, I could be sharing it with my wife, who’s been by my side forever. And she’s not here anymore. This year for the first time.”

That’s the thing about an anniversary like this one. It can remind a man not only what he has won, but also whom he has lost.

Other things have struck a chord this month, such as when he arrived in Indianapolis two weeks ago and saw his image everywhere.

“It brings it all back, and more. I was in tears when I first saw it, just the time and effort they put into that. I had 29 chances here and that was only my second finish and I won it. I thought there might be more.”

“We still have a lot of skin in the game. … It’s probably going to put a lot more meaning to it. Can you imagine if he’d win this race?”

How about the lasting image of the 50-year-old Granatelli kiss? Surely, he still has that picture up on the wall.

The Andretti Curse? What is there to say on this anniversary? Someone named Andretti has started this race 73 times. They have won once.

“I always look at the positive side. And the positive side is, look how many laps I led here. I led more laps than all but one of the four-time winners. Does that mean I had some satisfaction here? You’re damn right. Most of the things I could not control were what defeated me.

“I’ve got to go with that. That is not a curse, it’s a positive. So the curse never came from me, that terminology. I never condoned that. As a family, we’ve been blessed here. In 1991, there were four Andrettis who started the race. As a family, how can you top that? Yes, it would have been nice to have more rings on our fingers. The fact that we were competitive, the fact that we dominated, is something we can be proud of.” 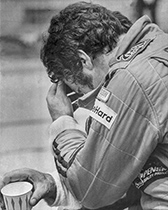 Mechanical trouble knocked Mario Andretti out of the 1977 Indianapolis 500 after 47 laps. (AP photo)

He still loves Indy, but surely there must have been days in the past 50 years when that was hard to do. He mentions 1992, when Jeff Andretti was in an awful accident after a rear wheel came loose, and Michael’s fuel pump went kaput with barely 30 miles to go, after he had led for 160 laps. One son in the hospital with broken legs, another in the pits with a broken heart. How could he not hate this place, if only for a moment?

He has seen civil war nearly wreck this event. “It was the saddest part of my career, even though I was already out of the cockpit. My heart was bleeding for everyone.” And he has seen signs of rebirth. And all he wants is for this anniversary to help.

“If I could make 1% difference, it’d be the ultimate satisfaction, because I do love this sport.”

His final thoughts as the Month of Mario nears an end? Something about the adversity he has overcome, from the childhood spent in an Italian refugee camp, to the all-in bet of his family coming to America, to the love affair with racing, to the series of family hard luck that he does not care to grace with a nickname. And even to that day in 1969, when he had to drive a backup car to his greatest racing moment. Fifty years later, this is what 1969 means to him—a signature moment for a lifetime of never giving up, orgiving in.

“If I look back at all the key moments of my life, every negative became a positive. That’s why my glass is always half full.”•