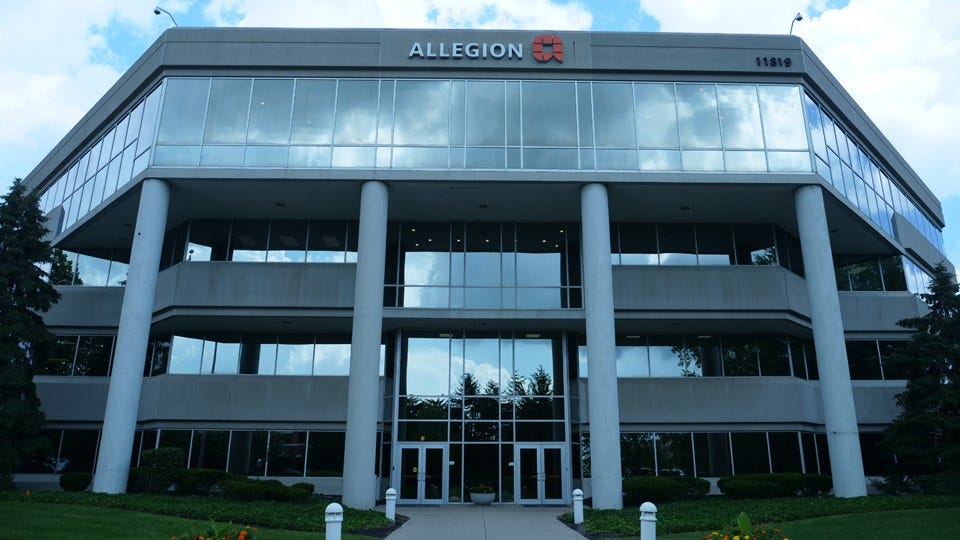 Allegion is headquartered in Ireland, but its Americas division is based in Carmel. The company makes mechanical and electrical locks, electronic safety products and other products under brand names including Schlage, Steelcraft and Von Duprin, among others. It has about 11,000 employees worldwide, including about 1,300 in central Indiana.

Stanley Access Technologies, which has one of its manufacturing sites in Mount Comfort, is a subsidiary of New Britain, Connecticut-based Stanley Black & Decker. The subsidiary is a leading maker, installer and service provider of automatic doors in North America, and it generated $340 million in sales last year.

“Access Technologies shares a strong track record of innovation and is a market leader in its category,” Allegion Chairman, President and CEO David Petratis said in a written statement. “We look forward to welcoming the team to the Allegion family and unlocking greater value for our customers and our shareholders.”

Allegion reported revenue of $2.9 billion last year. The company, which reports earnings Tuesday, says it is projecting first-quarter revenue of about $723 million and earnings of $1.05 per share. The company’s full-year outlook is for earnings in the range of $5.50 to $5.70 per share.

Allegion says it expects the deal to close in the third quarter.