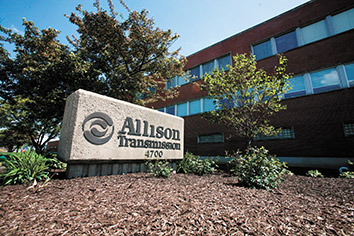 Indianapolis-based Allison Transmission Holdings Inc., which saw its revenue and profit plunge last year amid the pandemic, said Wednesday that it saw improvement by the end of 2020 and expects to see the rebound continue this year.

But the company also said it doesn’t expect a return to pre-pandemic financial levels by the end of 2021.

The company reported full-year revenue of $2.7 billion in 2019, followed by a sharp drop to $2.1 billion last year because of the pandemic.

For the fourth quarter alone, Allison reported revenue of $535 million, down from $617 million during the same period in 2019.

A consensus of analysts had expected quarterly revenue of $521 million and profit of 71 cents per share.

Allison released its financial results after the stock market closed Wednesday. Company shares closed at $41.65 each, down 2% from Tuesday’s close, before falling to $40.90 in after-hours trading.