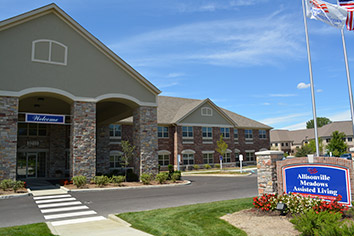 American Senior Communities, the largest nursing home company in Indiana, has agreed to pay nearly $5.6 million to resolve allegations that it violated federal laws by submitting false claims to the Medicare program.

The settlement was announced Wednesday by U.S. Attorney Zachary Myers in Indianapolis.

In agreeing to the settlement terms, ASC denied all liability under the False Claims Act, the Justice Department said.

According to the Department of Justice, a former employee of a hospice services company doing business with ASC filed a sealed civil complaint or “whistleblower” lawsuit in 2017 under the False Claims Act in the United States District Court for the Southern District of Indiana.

The complaint alleged that ASC was charging Medicare directly for various therapy services provided to beneficiaries who had been placed on hospice, when those services should have already been covered by the beneficiaries’ Medicare hospice coverage.

Under the False Claims Act, the government may collect up to three times the loss it incurred, plus a fine of between about $5,500 to $22,000 for each false bill submitted. Based on the investigation, the estimated loss to the Medicare program was about $2.8 million, and ASC agreed to pay $5.59 million to the United States.

The False Claims Act provides that when a whistleblower files a lawsuit alleging fraud that results in a recovery of funds by the government, they are entitled to between 15 and 25% of the recovery.

In a written statement, ASC said it denied “liability for the allegations in the complaint, which relate to only a narrow set of services ASC provides to residents, and importantly do not suggest any impropriety with respect to quality of care or patient harm. ASC has implemented a number of measures to enhance its billing procedures to protect against conduct of the kind alleged in the suit. ASC is pleased to resolve this legacy matter relating to conduct that was alleged to have initiated under its prior management team.”