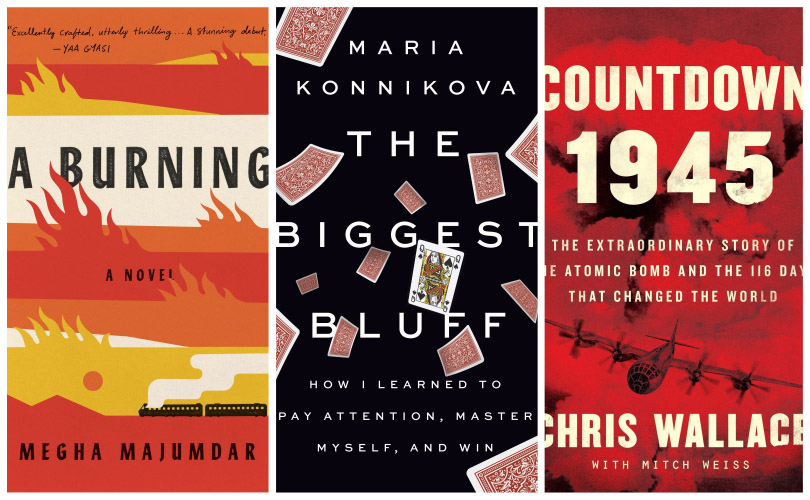 If, during this period of relative isolation, your to-be-read pile needs refreshing, June offers plenty of possibilities: superb debut fiction, hilarious essays and even a compendium to help you figure out what to do with all the produce from the garden you began in quarantine.

“The Vanishing Half: A Novel,” by Brit Bennett (June 2)

Bennett’s first novel, “The Mothers,” was a hit in 2016, and her second, “The Vanishing Half,” should be one in 2020. The Vignes twins, Desiree and Stella, are born and raised in a small-town haven for people of mixed race in Louisiana. But after their father is brutally lynched, the sisters run away to New Orleans and grow up living lives so different that when their futures intersect, tragedy ensues.

After growing up in the Soviet Union and reporting on Russia’s subsequent totalitarianism, Gessen (“The Future Is History”) has plenty of experience wrestling meaning from political repression. In this expanded version of their 2016 viral essay “Autocracy: Rules for Survival,” Gessen offers solutions for those who believe in resistance.

While government extremists in India might wish differently, that country contains multitudes – and those multitudes don’t always agree with the government. Majumdar’s astute debut, about three characters from varying socioeconomic backgrounds, shows how dangerous it can be for a culture to push any group to the sidelines. Sound familiar?

“Nothing Is Wrong and Here Is Why: Essays,” by Alexandra Petri (June 2)

“One of the difficulties of being alive today,” Petri writes, “is that everything is absurd but fewer and fewer things are funny.” Lucky for us, this popular Washington Post political satirist is here to point out the absurdity of public figures in the funniest ways.

“The New Homemade Kitchen: 250 Recipes and Ideas for Reinventing the Art of Preserving, Canning, Fermenting, Dehydrating, and More,” by Joseph Shuldiner (June 2)

The Institute of Domestic Technology wants you to understand that you don’t have to accept sticky jars of sourdough starter from a neighbor. You can make your own! You can also make your own miso paste, mustard and instant soup mixes (with vegetables you dehydrate). Shuldiner, who founded the Institute, died in 2019, but his legacy lives on in this lively reference.

“The Daughters of Erietown: A Novel,” by Connie Schultz (June 9)

Schultz, a Pulitzer Prize-winning journalist who’s married to Sen. Sherrod Brown (D-Ohio), lives a full life that includes dogs, grandchildren and previously published works of nonfiction. But she wanted to write a novel about American women in the second half of the 20th century. Here it is: the kind of smart, authentic story that both men and women will find riveting. Don’t miss it.

“Countdown 1945: The Extraordinary Story of the Atomic Bomb and the 116 Days That Changed the World,” by Chris Wallace (June 9)

Everyone knows the outcome, yet Wallace manages to make this carefully researched account of the months before Hiroshima read like a tense thriller. People of all ages and positions appear, from scientists to pilots to politicians to survivors, their experiences testimony to a dreadful decision.

“The Hardest Job in the World: The American Presidency,” by John Dickerson (June 16)

Dickerson, a “60 Minutes” correspondent and former “Face the Nation” host, posits that being a good POTUS has become nearly impossible. Looking at the evolution of the role of commander in Chief and the successes of effective presidents from history, the veteran journalist suggests ways to make the job more productive.

The Kelly green background and Guinness-brown pint on the cover of Doyle’s new novel say it all: Here is a paean to all things Irish. Fans of “The Commitments” and “Paddy Clarke Ha Ha Ha” will be glad (although all of yez should read “The Snapper,” too) to follow old mates Davy and Joe through a pub crawl that is both elegiac and hilarious.

“The Biggest Bluff: How I Learned to Pay Attention, Master Myself, and Win,” by Maria Konnikova (June 23)

How many Harvard grads with PhDs from Columbia, who have built careers writing for The New Yorker, are also phenomenal professional poker players? Just one, at last count. The tale of how Konnikova followed a story about poker players and wound up becoming a story herself will have you riveted, first as you learn about her big winnings, and then as she conveys the lessons she learned both about human nature and herself.

Bethanne Patrick is the editor, most recently, of “The Books That Changed My Life: Reflections by 100 Authors, Actors, Musicians and Other Remarkable People.”