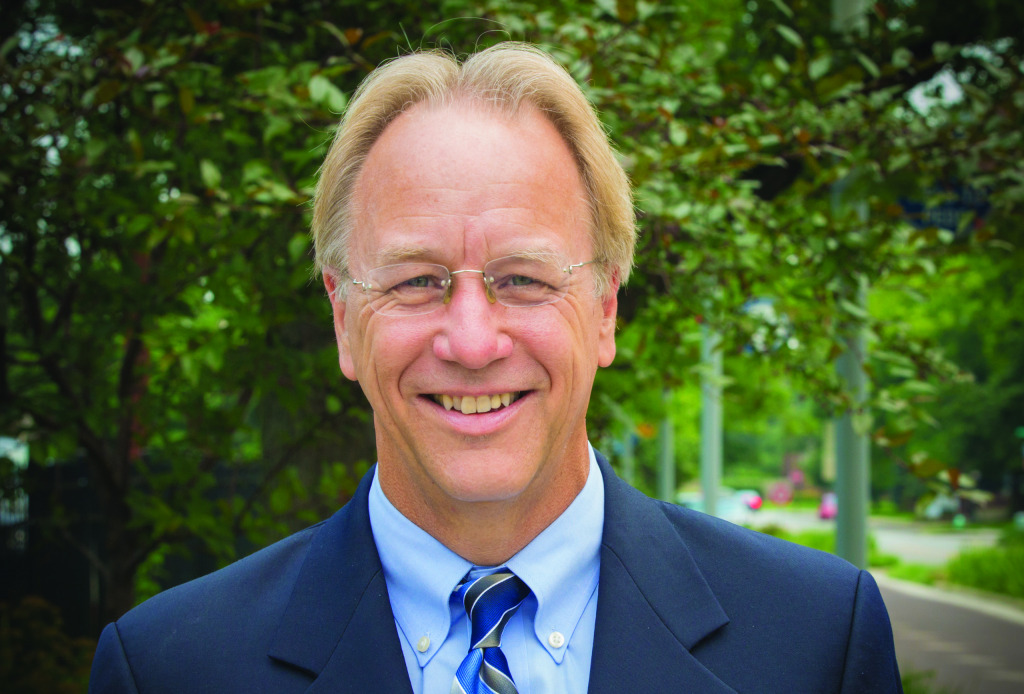 Brian Payne will retire as president and CEO of Central Indiana Community Foundation and The Indianapolis Foundation on June 30 after 22 years with the organizations, CICF announced Friday.

Payne, who spearheaded development of the Indianapolis Cultural Trail and recently refocused the community foundation on equity and inclusion issues, led CICF, affiliates and its individual funds through significant growth.

A team of board members from several of the foundations will serve as the search committee for two positions—one to be CEO of CICF and one to serve as president of The Indianapolis Foundation. In a statement, the groups said separating the roles at the two organizations will better serve the community. The statement did not explain the changes in detail.

“Brian Payne has transformed The Indianapolis Foundation during his tenure,” said Greg Hahn, the foundation board’s chair. “Today, we are not just bigger and bolder, but also more equitable and attentive to the voices of the communities we serve. Brian leaves an impressive legacy for our next leader to build upon. I am profoundly grateful for his passion, leadership and dedication.”

Those honors didn’t just reflect the work Payne had done to grow CICF but also the way he changed the attitude of the organization from one of somewhat staid stewardship to one of activism.

He is the founder and founding artistic director of the Indianapolis Cultural Trail: A Legacy of Gene & Marilyn Glick. The 8-mile bike and pedestrian trail connects downtown districts and features public art. It has been lauded nationwide as a community-building project.

“The Cultural Trail changed my life,” Payne told IBJ in 2019. “I’m forever grateful for how it came together, with partners and supporters and a good dose of luck. But I’m hoping that this work we’re doing now to dismantle systemic racism will be the most successful part of my career.”

CICF announced in 2018 that the organization—and its funds and affiliates—were changing their collective mission to make equity and anti-racism in central Indiana “a multi-generational commitment.”

In addition, Payne served as one of six community foundation executives on the design task force of NEON—Nexus for Equity + Opportunity Nationwide. CICF is one of the founding members of the national effort to dismantle structural and systemic racism to achieve economic and cultural mobility.

“Going on a racial equity learning journey with my local and national colleagues and our foundations’ board of directors has been the most important opportunity in my career,” Payne said in a statement Friday. “I especially want to thank my BIPOC colleagues and board members for their trust, friendship and mentorship as we have worked arm in arm in an attempt to make our region and country better and more just for all individuals—no matter place, race or identity.”

In a statement, Mayor Joe Hogsett said that under Payne’s leadership, CICF and The Indianapolis Foundation “have been central partners on some of the most significant efforts in the city’s recent history.”

“We saw it in the Housing to Recovery Fund and especially in the Elevation Grants—whose value more than quadrupled this year,” Hogsett said. “The city will continue to work closely with CICF and The Indianapolis Foundation on major initiatives now and into the future, thanks to a strong foundation Brian built.”

Payne is also the founding board chair of The District Theatre, which is incubating a Black professional resident theater company for Indianapolis in the Mass Ave. Theatre and Cultural District. He is the chair of the IUPUI Advisory Board and serves on the boards of Visit Indy, Indiana Repertory Theatre and 2024 NBA All-Star Game board.

A California native, Payne began his career in 1986, running a professional summer Shakespeare festival in Santa Cruz, California. In 1993, he came to Indianapolis to lead the Indiana Repertory Theatre as managing director, where he helped grow the theatre’s endowment from $1 million to $11 million by 2000.

He joined CICF and The Indianapolis Foundation in 2000.

“Brian’s leadership over the years has contributed to the significant growth of CICF and The Indianapolis Foundation, said Marisol Sanchez, the CICF board chair and general counsel at Endress+Hauser Inc., in a statement.

Sanchez is co-leading the searches with Molly Wilkinson Chavers, principal at Blue Mercury Consulting and board secretary of The Indianapolis Foundation.

“We are excited to build upon the strength of the philanthropic collective and maximize the overall impact we can make with two leaders focused on collaboration for greater impact,” Chavers said in a statement. “As a result, we carefully considered separating the roles between the two organizations as this is most reflective of the evolution of our work and in alignment with our strategy to build capacity and efficiency to best serve the community.”

A search committee with board members from CICF, The Indianapolis Foundation and Hamilton County Community Foundation will oversee the search. The group has hired Koya Partners, an executive search firm, to assist.

Correction: This story has been corrected to say that CICF granted $95 million 2021. Originally, the story had the wrong time period for that grant amount. Click here to see more corrections.

2 thoughts on “Brian Payne to retire as leader of CICF, Indianapolis Foundation”