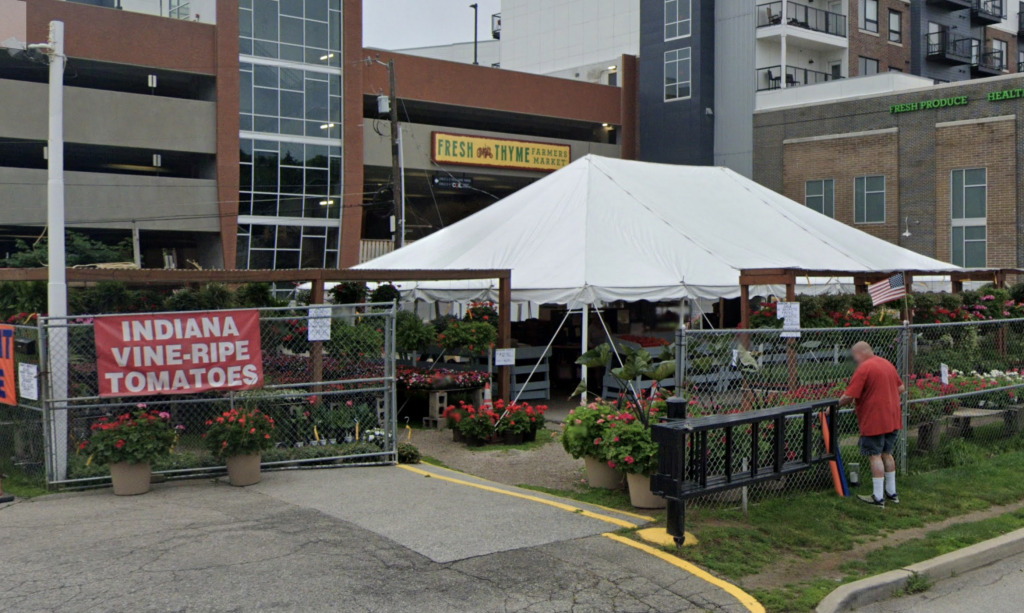 Johnny’s Market, a Broad Ripple institution that sold seasonal produce and greenery for 45 years, has closed for good after another holiday season selling Christmas trees and other Yuletide goods.

Owned and operated by John and Mary Deuser, the throwback outdoor market was located on property at 6335 N. College Ave. owned by Broad Ripple Post No. 3 of the American Legion, which maintains its headquarters directly to the north. The Johnny’s Market stand was recently removed, leaving just a concrete slab.

John Deuser recently informed post officials that he didn’t want to renew the market’s lease, which expired in December, according to Post Commander Dan Cunningham.

IBJ attempted to contact Deuser twice through his listed phone number but received no response. The phone number for the market rings without any pickup.

Established in 1975, Johnny’s Market was a north-side neighborhood landmark that harkened back to traditional retailing of farm-raised goods.

Beyond a basic shelter populated by items in bins, it operated largely in the open air. In addition to seasonal fruits, vegetables and flowers during the spring and summer, Johnny’s also sold pumpkins and other fall staples in October and Christmas trees in November and December.

The market sat on a relatively sleepy section of College Avenue until the opening in 2017 of the Coil Apartments, a 151-unit complex on 2.7 acres of land that partially borders the Legion property to the south and east.

The $37 million Coil includes a three-story parking garage that loomed over Johnny’s Market, as well as a 30,000-square-foot Fresh Thyme grocery immediately to the south.

Developed by Indianapolis-based Browning Investments and Sheehan Construction Co., the Coil complex sold in 2018 to an affiliate of a Chicago-based private-equity firm for $40 million.

The closure of Johnny’s comes three months after the announced demise of another Broad Ripple market mainstay—the Kroger at 6220 Guilford Ave. The store had been in operation since 1954 but was eliminated by the supermarket chain due to poor financial performance.