Home » Can Democrats turn this Senate district blue, despite a huge money gap? 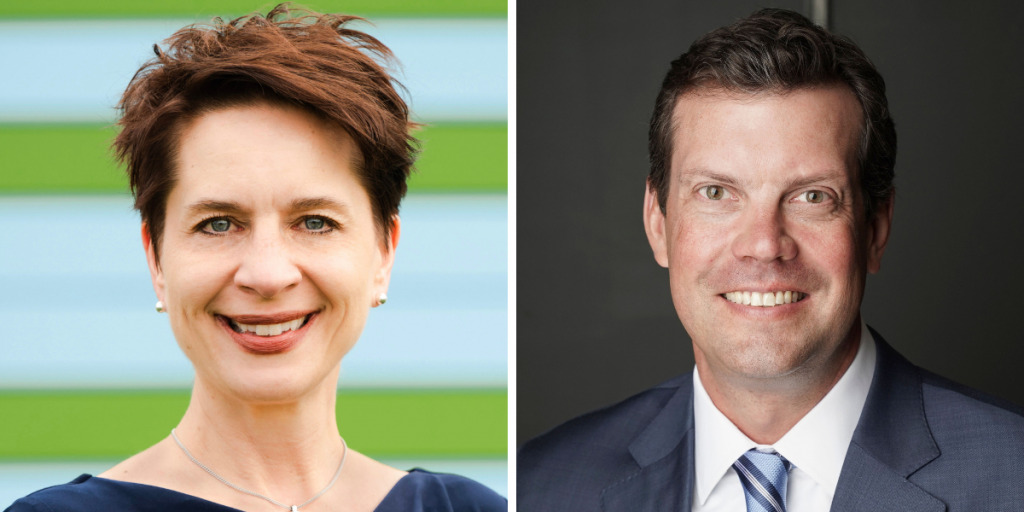 With the midterm election just weeks away, Democrats nationally are looking to keep their tenuous majority in Congress while their counterparts in Indiana hope to eke out a few upsets in a state where Republicans wield all the influence.

One race viewed as competitive by political experts and pundits is state Senate District 31, which includes all of Fishers, Geist and parts of Lawrence.

But while at least one poll shows the race at the polls is a tossup, pre-election finance reports—due to the Secretary of State’s Office on Friday—will show the fundraising battle is one sided. Republican Kyle Walker has raised at least 10 times more than Democrat Jocelyn Vare.

That’s not a big surprise. He’s the sitting senator. And a majority of voters in the district have historically voted Republican. But after then-Sen. Jim Merritt narrowly squeaked out a win in 2018 against Democratic challenger Derek Camp by fewer than 2,000 votes, a Democratic upset seems plausible.

“It is in a place where those suburbs in northeast Marion and southeast Hamilton have been trending a bit more Democratic like suburbs across the country,” said Chad Kinsella, professor of political science at Ball State University. “The state Senate has only a few pickup opportunities, so it makes sense to focus on this district.”

Merritt retired in 2020, and a Republican caucus chose Walker, the owner of a consulting firm and former chair of the Marion County Republican Central Committee, to fill out his term.

Walker represents a more moderate wing of his party. For example, he broke away from his colleagues by voting against Indiana’s abortion ban as well as a bill that removed the permit requirement to carry a firearm in public.

Walker said his votes “reflect the views of the majority of residents” in his district.

“I believe my priorities align with the priorities of voters in our district, and our message is resonating,” Walker told IBJ. “I’m focused on delivering common sense leadership for our district.”

The midterms are the first real test for Walker, who faces a challenge from Vare, a Fishers city councilor.

Since her campaign launched nearly one year ago, Vare has raised more than $120,000–a considerable sum for a Democratic challenger in her first run for state office.

But it’s a drop in the bucket compared to Walker, who has raised nearly $1.5 million in the last two years. He’s spent more than $100,000 on TV ads just in the past two weeks.

“I will never be able to catch up with the money that he has available to him, but that’s okay,” Vare says.

While Walker’s ads have been airing on local broadcast TV stations, Vare’s campaign has taken a more targeted approach when it comes to media buys, ensuring that her message reaches voters in her district despite her limited resources.

A Change Research survey in August of 552 likely general election voters found that 41% would choose Vare while 39% would choose Walker. The poll had a margin of error of plus or minus 4.7 percentage points. That means the difference is well within the poll’s margin of error. In addition, 19% of voters were undecided.

The poll also found that neither candidate is well-known; more than half of respondents had never heard of either the Republican or Democrat.

Election Day is Nov. 8. Candidates running for statewide and state legislative office are required to disclose their campaign contributions by noon Friday.

Editor’s note: The original version of this story spelled Jocelyn Vare’s name incorrectly in one instance. It has since been corrected.

4 thoughts on “Can Democrats turn this Senate district blue, despite a huge money gap?”