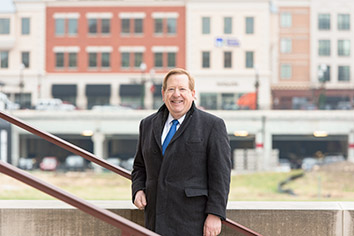 Carmel Mayor Jim Brainard is getting a raise as he heads into his final year in office in 2023.

The Carmel City Council on Monday night voted 8-0 to approve a 5.99% salary increase for Brainard and for City Court Judge Brian Poindexter, Clerk Sue Wolfgang and the city council.

All Carmel elected officials who are in office as of Feb. 4, 2023, will also receive a 2% inflation bonus.

Monday’s ordinance also provides Brainard with a leased vehicle for personal and/or business use with no limit on annual mileage, or a monthly stipend of $600.

Carmel City Council President Kevin “Woody” Rider announced on Sept. 20 that he will run for mayor. No other candidates have publicly announced their intention to seek the position.

8 thoughts on “Carmel Mayor Brainard gets 5.99% pay raise for final year in office”