Home » Carmel preparing to add 11 roundabouts over next two years 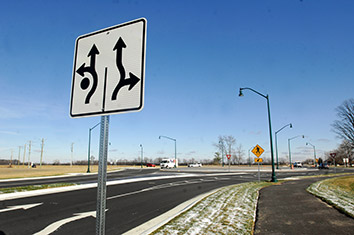 The City of Carmel—already the self-proclaimed “Roundabout Capital of the United States”—on Monday released a list of 11 intersections where it plans to build additional roundabouts over the next two years.

Many of the projects have been previously announced but have been added to the construction schedule beginning this summer and continuing through 2021.

The city also said it plans to repave Keystone Parkway and extend Range Line Road from City Center Drive to Elm Street. The extension will include a new Walnut Street (or 6th Street) roundabout.

Carmel said three of the roundabouts are being funded by Clay Township. The remainder are being paid for from other sources, including the city’s engineering budget, federal highway sources and bonds previously issued by the city. The city said no new bonds have been issued for the projects.

More information will be provided about the start dates, closures and detours for each project in the future, the city said.

With at least 128 roundabouts, Carmel has more roundabouts than any other city in the United States. The city prefers roundabouts over traffic lights because studies show they decrease serious accidents.