Home » Castroneves gets full IndyCar ride in 2022 with Meyer Shank 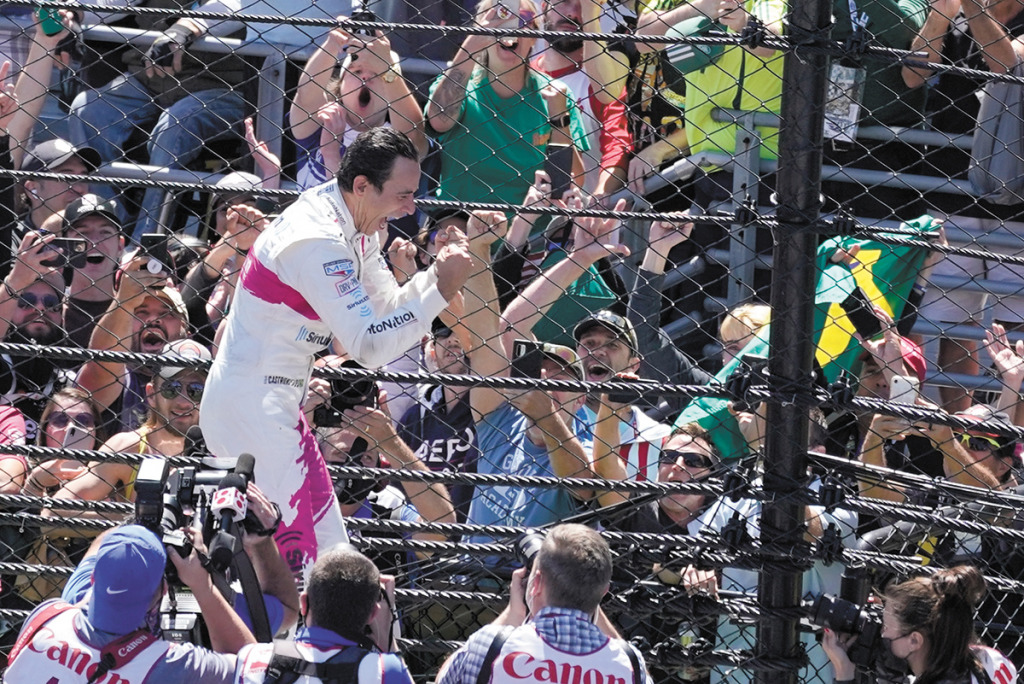 At 46, Helio Castroneves in May become the fourth oldest winner of the Indianapolis 500. He has now won the race four times. (AP photo)

Helio Castroneves will race for a record fifth Indianapolis 500 in 2022 with Meyer Shank Racing.

Castroneves, who won his record-tying fourth Indy 500 in May, has agreed to a full season ride with Meyer Shank.

Castroneves only has a partial schedule this season with Meyer Shank and has not raced in IndyCar since he joined A.J. Foyt, Al Unser Sr. and Rick Mears, his former mentor at Team Penske, as the only four-time winners of “The Greatest Spectacle in Racing.” He’s next scheduled to race in August at Nashville.

“I am thrilled to get the chance to go for a fifth Indianapolis 500 win, and so excited to fight for the IndyCar championship again with a full season of races next year with Meyer Shank Racing,” Castroneves said.

MSR plans to add a second driver to its 2022 slate. The team will move on from current driver Jack Harvey.

“We wish Jack much success and we know he will continue to be a driver to watch,” MSR co-owner Mike Shank said. “MSR is excited to have Helio on the 06 car next season and we’re looking forward to adding a driver, who will turn heads in the 60 car.”

Castroneves joined the other four-time Indy 500-winning drivers this week for a celebration at Indianapolis Motor Speedway. The foursome chatted at a table in the pagoda before they flashed their Indy 500 rings and smiled during a group photo with the imposing Borg-Warner Trophy on the Brickyard.

Castroneves is also scheduled this season to drive for MSR on the Indianapolis road course, as well as at Portland, Laguna Seca and the season finale at Long Beach.

The 46-year-old Castroneves spent two decades driving for Roger Penske but was moved over to the sports car program in 2018 and then cut loose after winning the IMSA championship last season before Penske folded the team. He stayed busy this season driving for Tony Stewart’s All-Star Superstar Racing Experience.

Castroneves had longed to return for a full-season ride in IndyCar and said he had a lot left in the tank. He’ll get the chance next year to set the Indy 500 record — and drive for that coveted first series championship — in 2022.