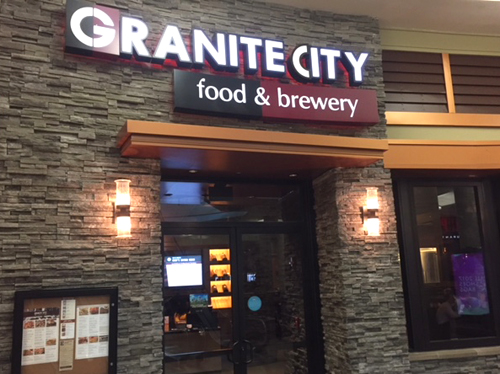 In a suit filed Wednesday, Circle Centre Mall LLC says Granite City defaulted on its lease for the 9,603-square-foot ground-floor space it occupied in Circle Centre and owes the mall owner more than $1.2 million.

A lease document that accompanies the suit says Granite City’s lease was effective through June 30, 2023.

It’s not the first time Circle Centre has filed legal action against the restaurant company.

The case was dismissed without prejudice in March 2018.

The company’s most recent financial report paints a picture of a company in financial distress.

In the report, the company said it is in default to creditor Citizens Bank and has failed to make all principal payments and most interest payments on its debt with the bank since March 31, 2018.

Granite City also said that its board is “actively exploring strategic options” to improve its financial liquidity, including a possible sale or restructuring, and has hired an investment banking firm to help it explore its strategic and financial alternatives.

Officials at Granite City’s Minnesota headquarters did not respond to a phone message left by IBJ late Friday morning.

Granite City has three remaining restaurants in Indiana—in Carmel, Mishawaka and Fort Wayne. At one time Indianapolis had a Cadillac Ranch, in Union Station, but it closed in November 2017.