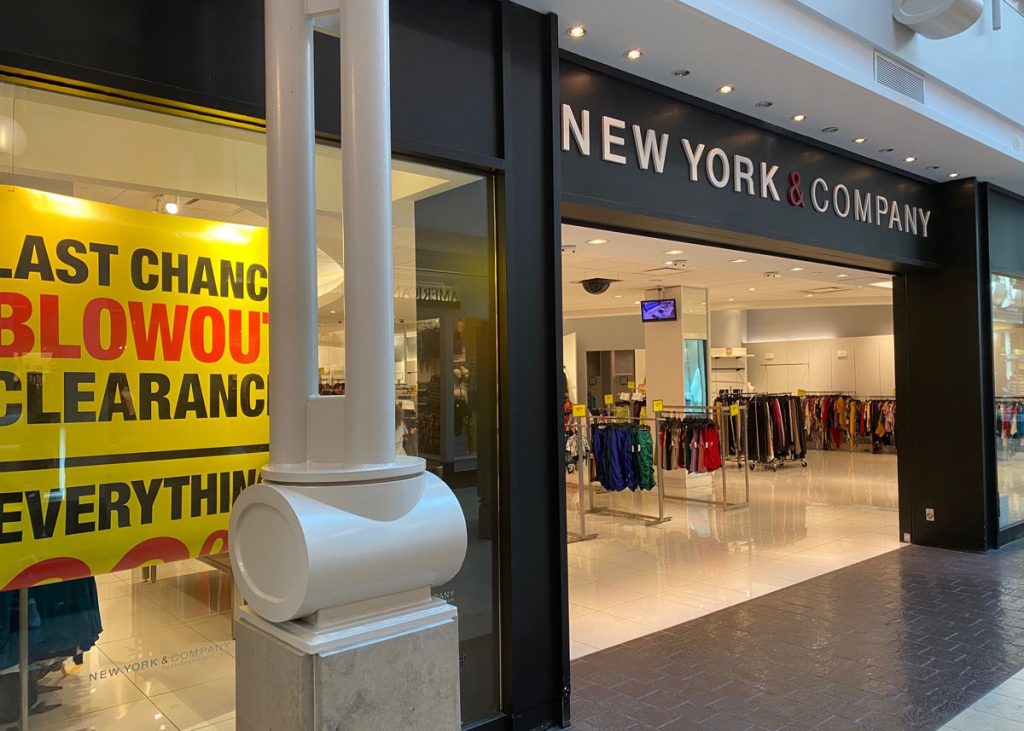 A store employee said the location will close at the end of this month. The retailer’s other local stores, at Greenwood Park Mall and Castleton Square Mall, will remain open, the employee said.

When Circle Centre opened in September 1995, New York & Co. (then known as Lerner New York) was owned by Columbus, Ohio-based The Limited Inc., which operated 13 different retail brands. The company put 11 of those 13 brands at Circle Centre and occupied a combined 70,000 square feet of space, making The Limited an unofficial third anchor tenant along with Parisian and Nordstrom’s.

Once New York & Co. closes, only three of those 11 former Limited stores will remain at Circle Centre: Bath & Body Works and Victoria’s Secret, which are now owned by L Brands; and Express, which is now operated by publicly traded company Express Inc. Both L Brands and Express Inc. are based in Columbus, Ohio.

The company said it expected to close 19 New York & Co. stores, four Fashion to Figure stores and four outlet stores by the time its 2019 fiscal year ends in early February.