Home » Colts’ Pete Ward: It’s ‘in our blood’ to be involved in big Indy events 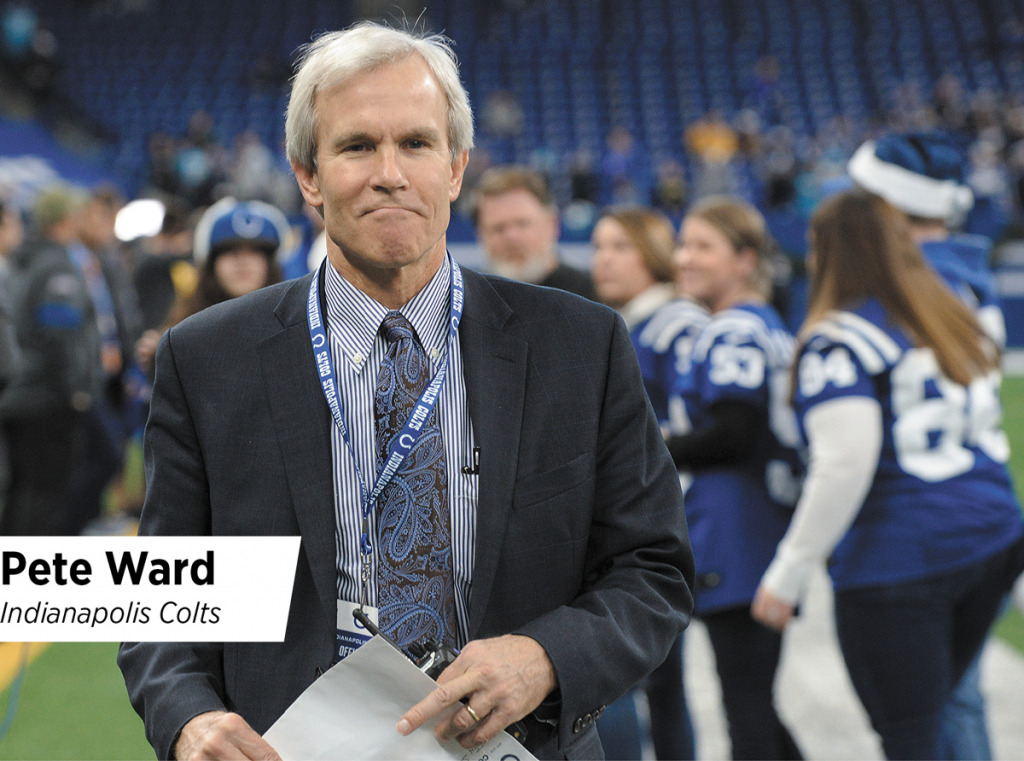 (Photo courtesy of the Indianapolis Colts)

The Indianapolis Colts are among the 50 companies that have donated money to the Indy Championships Fund to help bring three huge sports events to Indianapolis: the NCAA Tournament underway now, the College Football Playoff National Championship in 2022 and the NBA All-Star Game in 2024.

But the Colts have done more than donate. Pete Ward, the team’s chief operating officer, is on the fund’s board as well as the board of the Indiana Sports Corp., which is coordinating the effort.

He talked with IBJ about why funding championship sporting events is important to the Colts and to the city.

Why do the Colts donate money to help bring big events to Indianapolis?

Number one, it’s a part of the culture of our community here. But as far as the Colts go, I think the Irsay family feels it’s important for the Colts to actively be engaged in the economic vitality of our community, and attracting sporting events is just one way for us to participate.

I can tell you, if it wasn’t for this city’s strategic commitment to sports made over 40 years ago, the Colts probably wouldn’t be here. It’s practically in our blood that we should be involved in some way.

When you make a donation to an event—like the Indy Championships Fund—are you expecting to receive anything in return?

And do you get anything in return? Is there any payoff for you?

How important are these big sporting events to supporting big venues, like Lucas Oil Stadium, where the Colts play, or the Indiana Convention Center?

I think they’re critical. We’re a member of the Indiana Sports Corp., which was the first sports commission in the country back in 1979. And it was created with the goal of revitalizing and maintaining economic vibrancy.

Sporting events such as the Final Four, the Big Ten Championship, the football championship every year, and the college football championship coming up, the Super Bowl, the NBA All-Star Game that’s coming up. All of those not only are a positive economic impact, but the majority of them leave the community for the better. There are legacy factors to many of these huge events, whether it’s having kids engaged in clinics or job training, neighborhood revitalization that was connected to our Super Bowl bid, breast cancer research. Many of these events are not just sporting events, but they are community-impact events, so the economic impact is just part of it.

It puts Indianapolis at the forefront, and we feel, when a company is considering relocating to Indianapolis, the 500, or the Colts, or the Pacers come to mind. And studies that we’ve seen show that it makes a difference in terms of recruiting talent to Indianapolis or for a company deciding, how rich is the quality of life here? It’s a factor.

One thought on “Colts’ Pete Ward: It’s ‘in our blood’ to be involved in big Indy events”