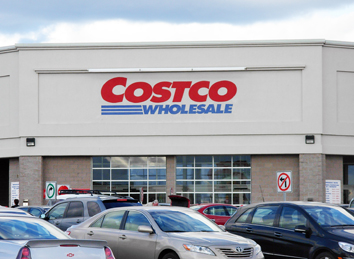 Costco Wholesale Corp. received approval on Tuesday from the Indiana Alcohol and Tobacco Commission for a beer, wine and liquor license for a potential store in Noblesville.

The Issaquah, Washington-based retailer wants to construct the store at the southwest corner of East 148th Street and North Pointe Boulevard—near the busy intersection of State Road 37 and 146th Street—according to the license application. Nearby businesses include Aspire Health Indiana, Index Corp. and Pickleman’s Gourmet Cafe.

The Hamilton County Alcoholic Beverage Commission approved Costco’s license application on Oct. 11. The application advanced to the state commission, which approved more than 70 other new applications Tuesday morning in Indianapolis.

A Costco spokesperson declined to provide information, saying the company does not comment on future warehouses until about two to three months in advance of opening. The company has not made any official filings with the city of Noblesville, according to a city spokesperson.

Costco opened in 1976 under the Price Club name. The company now operates 839 stores worldwide, including 578 warehouse-style stores in the United States in 46 states.

To shop at the store, Costco customers must purchase annual memberships, which begin at $60.

Arkansas-based Sam’s Club, a division of Walmart Inc., operates approximately 600 locations in the U.S. and Puerto Rico with an average store size of 136,000.