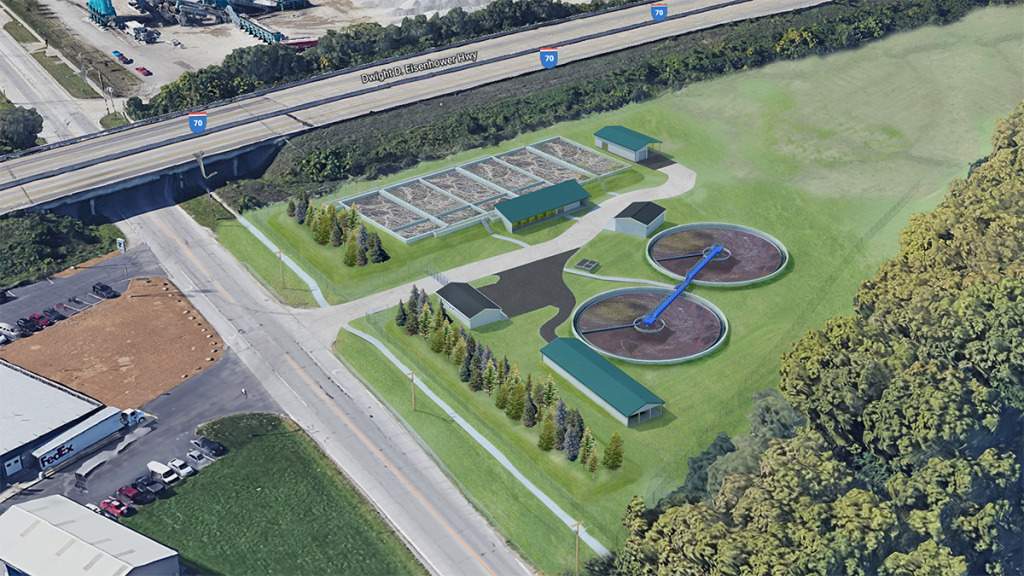 The proposal to build the plant on a 7.8-acre site at 900 S. Tibbs Ave. has faced opposition from some residents, primarily organized through the West Indianapolis Neighborhood Congress.

“As elected officials, we value the participation of residents in these types of decisions and appreciate that neighbors who care deeply for our community can nevertheless reach different conclusions about the best choices for its future,” said councilors Kristin Jones and Jared Evans in a joint news release Wednesday. “We have confidence in the opinions of the DMD staff,  hearing officer and DMD Zoning Commission.”

Jones’s district includes West Indianapolis, the site of the proposed plant, while Evans’ includes the area within the Ben Davis Conservancy District, the little-known political subdivision behind the plant.

The conservancy district was created in 1950 to provide wastewater services to an area that the city of Indianapolis declined to serve at the time. Because the district doesn’t have its own plant, it sends wastewater to Citizens Energy Group for processing. Citizens’ bill to process the wastewater has soared in recent years.

The district paid Citizens $575,000 in 2018, but expects to pay $3.5 million annually by 2026, according to Dee Revnyak of Triad Associates, the engineering firm on the project. A new plant would allow the district to control its own rates.

But because the site chosen lies just over the district’s boundaries, it has encountered fierce opposition, headed by WINC. The site is about three miles from the Belmont Advanced Wastewater Treatment Plant, the largest such plant in the city.

There is a process for people living outside the district to join, but some WINC leaders told IBJ they personally didn’t want to.

“So, the question is if a second poop factory in my community is worth paying a low price? No,” said Jonathan Howe, treasurer and former president.

WINC leaders and other residents said they worried about the impact on odor and air quality, discharge waterway Neeld Creek and nearby local businesses. They also brought up the neighborhood’s history with contamination from heavy industry.

District representatives, meanwhile, have said the plant’s aerobic treatment processes won’t generate odor, that the contamination limits on discharge are strict and that the plant is a good use of land that was previously zoned for the heaviest industrial uses Indianapolis allows.

“Given the limitations of the 900 South Tibbs Avenue site, based on its historical use for heavy industry and the resulting negative impacts on the environment, we support the Metropolitan Development Commission’s approval of the BDCD wastewater treatment facility and look forward to continuing to work with the BDCD to address the needs of our districts,” Jones and Evans said.

The council typically votes on zoning cases in two packages: those the commission accepted  and those it denied. Councilors can pull out specific proposals to encourage fellow legislators to overturn those decisions. Jones and Evans said they wouldn’t call down the plant’s zoning case.

That won’t stop WINC from trying to stop the plant.

In a news release minutes before the councilors’ statement, the group said it would attend the council’s April 4 meeting “in the hope that other members of the council will recognize these violations and do the right thing.”

WINC leaders have also said they’re considering legal action aimed at the final permit the district would need for the plant.