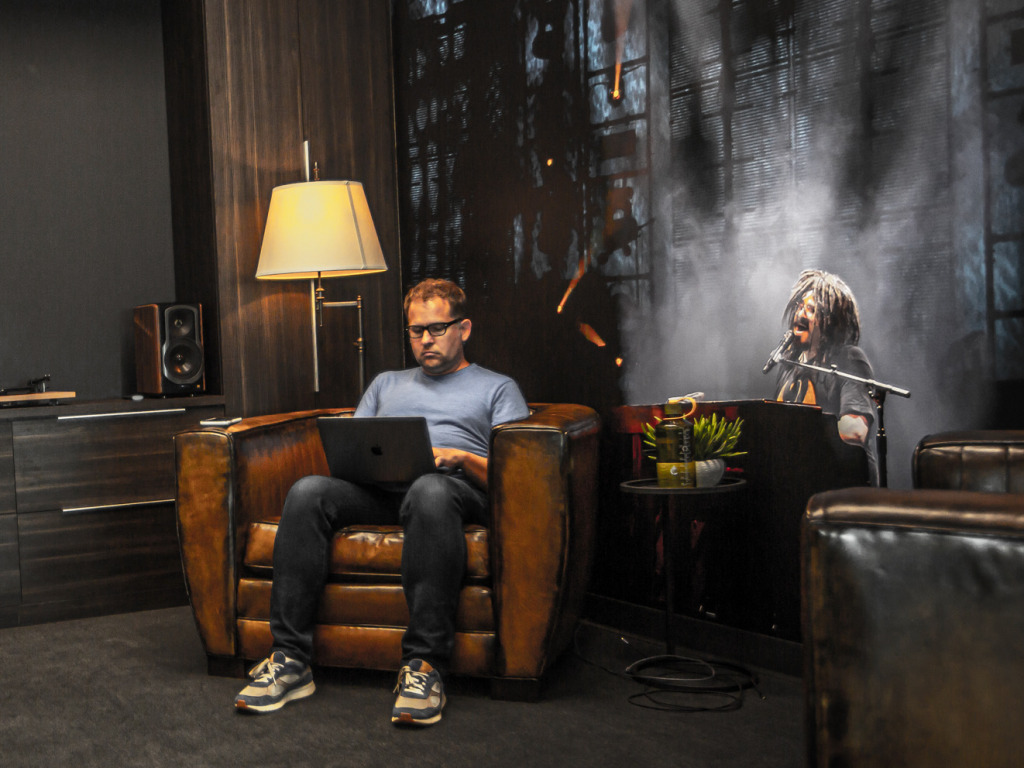 Eric Tobias, one of the leaders of the city’s tech community, isn’t kidding when he says he may not have found his career footing without rock band Counting Crows.

As a student at Indiana University in the mid-1990s, Tobias met someone who had a bootleg tape of a Counting Crows show. Homemade recordings of concerts were a new concept to Tobias, who turned to the internet to try to find more.

“I set up a web page to say, ‘Hey, these are the bootlegs I have and if you have some, this is how you get a hold of me,’” he said. “It wasn’t because I had any vision of tech. I loved this band and I wanted music, desperately. So I learned to code, and I built a website. Then I learned the power of connecting with strangers over this new medium. That was literally the spark of all the rest of my business stuff. It’s all because of a band.”

Tobias has been in the audience for more than 150 Counting Crows concerts, but the band’s Indianapolis shows on Saturday and Sunday will be a new experience.

This time, Tobias is a co-owner of the venue. Tobias, a partner at venture studio High Alpha, launched the Rock the Ruins summer concert site at Holliday Park in 2021 as a pandemic project with fellow Vogue owners Scott Kraege and Andrew Davis.

Tobias said he expects a goosebump moment when he sees vocalist-songwriter Adam Duritz and his band mates on stage this weekend.

“It feels like a reconnection with an old friend every time,” Tobias said. “I think when I look around and realize this is happening in a venue that I’m a part of, it will be really special.”

Before Tobias co-founded Batteries.com, launched predictive analytics company iGoDigital and worked in executive roles at ExactTarget and Salesforce, he was a teenager who heard Counting Crows’ debut album “August and Everything After.”

He caught his first Counting Crows show at bygone Indianapolis all-ages venue Second Avenue, a building that once was the Eastwood Theater, 3848 N. Elizabeth Ave. The date was July 17, 1994—exactly 28 years before Sunday’s show at Rock the Ruins.

Add the band’s live presentation to what Tobias heard on “August,” and he was hooked.

“There’s a guy who I’ve never met singing about stuff that sounds like the things that are in my head,” is how Tobias remembers his introduction to Duritz.

Today, an image of Duritz playing keyboards is part of custom wallpaper in Tobias’ High Alpha office. You may have encountered Tobias online, where the Counting Crows-themed “RainKingIndy” username has been a favorite. And Tobias is the father of two daughters named after Counting Crows songs: Anna (“Anna Begins”) and Elisabeth (“Good Night, Elisabeth”).

In his role as a music venue owner since 2019, Tobias has increased access to artist managers and booking agents. It would be a long shot for Counting Crows to play a room as small as the Vogue, but Rock the Ruins is considerably larger.

In a case of making the most of an opportunity, Tobias asked if the band’s management needed anything during a pandemic-era online meeting in which livestream company Mandolin, a firm launched through High Alpha, pitched its services to Counting Crows.

The band decided against a livestream gig, but it did need a website to promote 2021 EP “Butter Miracle Suite One.”

“I think I built a lot of trust with the management,” Tobias said. “They knew if we were going to bring the Counting Crows here that it would be done in a way that would be representative of what the band would want to associate with. I absolutely believe it allowed us to get the dates that we otherwise wouldn’t have gotten.”

Although Saturday’s show is sold out, tickets are available for Sunday’s performance at rocktheruins.com.
​​