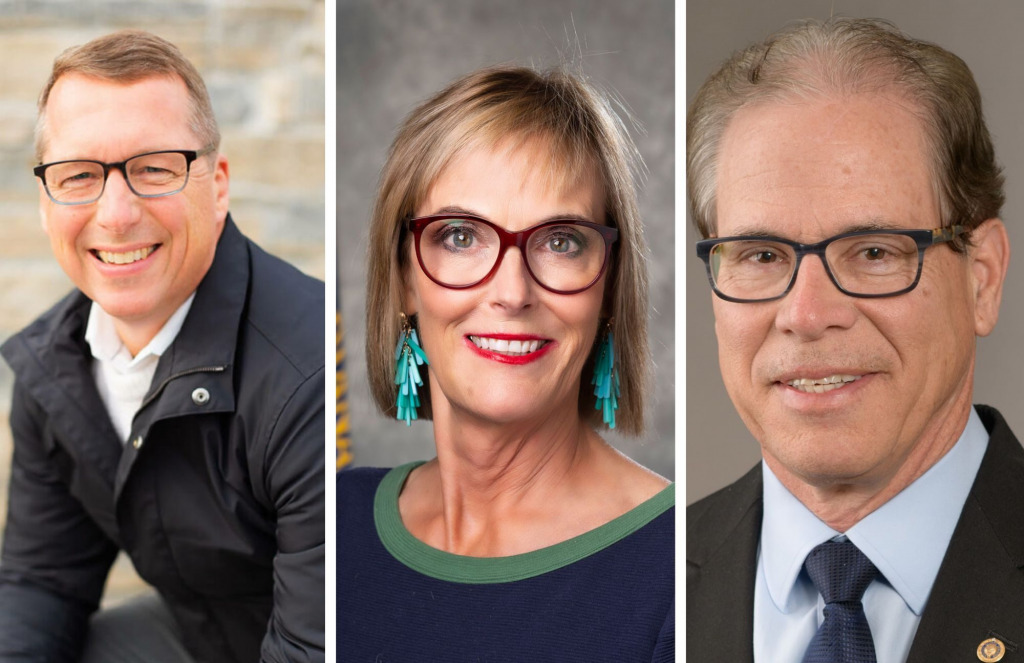 Indiana Lt. Gov. Suzanne Crouch has the most cash on hand in a three-way race for governor, but U.S. Sen. Mike Braun is out-raising her and businessman Eric Doden, according to campaign finance filings due last week. All three announced candidates are Republicans.

Braun’s campaign logged more than $2.9 million in contributions—some of it transferred from his own federal accounts—during the period running from July through the end of 2022, according to filings. Braun’s next-biggest donor was the Wisconsin-based Hoosier PAC, at $500,000.

Braun didn’t enter the race until the end of November.

Crouch’s campaign, meanwhile, recorded more than $900,000 in contributions, according to her filings. Her top donor was automobile industry executive Richard Keith Byers.

And Crouch also spent more, at $250,000—much of it related to advertising, events and meetings. She also gave to numerous political campaigns and county Republican groups. But Crouch began with $2.5 million in the bank.

Her campaign still holds a narrowing lead in cash on hand, with nearly $3.2 million in the bank by the end of last year, compared to Braun’s $2.9 million.

That’s despite plugging large amounts of his own cash into the campaign: Doden and his wife, Maci, each donated $50,000 during that period of time, for a total of $100,000. Fort Wayne-based Ambassador Enterprises LLC, an investment company founded and run by Doden’s father, was his biggest donor with $100,000.

Doden was also the only candidate who reported debt: about $25,000 owed to Tennessee-based Red Dog Media, an internet marketing company.

4 thoughts on “Crouch leads governor race with cash on hand, but Braun picking up steam”